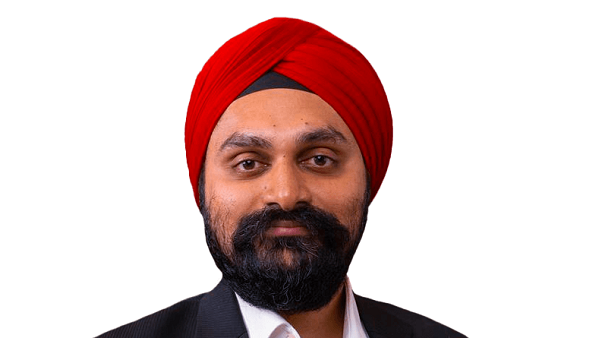 Potomac-based Singh Capital Partners led the equity part of the funding of $10 million, while Chevy Chase, Md.-based Forbright Bank followed Coromandel Capital in co-leading the $135 million debt part of the deal, according to TechCrunch.

Founderpath offers startup founders up to 50% of their annual recurring revenue in upfront cash, repayable in up to 48 months. SaaS companies with at least $10,000 in monthly recurring revenue are eligible for funding. Founderpath’s typical customers have between $1 million  and $5 million in annual revenue.

The two-year-old Founderpath, founded by Nathan Latka, says it has handed out $50 million in capital to 130 SaaS founders over the past year. It counts 6,500 bootstrapped founders as prospective clients.

Manpreet Singh is best known for co-founding TalkLocal, a College Park, Md., firm that built a local search engine and marketplace. But he and his brother Gurpreet took to entrepreneurship rather early in life — at high school with the founding of called Desi Vibes, a social networking site for the Indian community.

Singh received an MBA from the Wharton School of Business and a B.S. in finance with a citation in entrepreneurship from the University of Maryland in College Park. At Washington, D.C.-based Profit Investment Management, he was employee No. 1, and worked in trading, marketing, research, investing, operations and client relationships. Whne he left the firm, its assets under management had grown from $20 million to over $2 billion.

In 2011, Manpreet and his brother started TalkLocal, which went on to raise $4 million in venture funding. TalkLocal remains privately held but the Singh brothers upped their game with Singh Capital Partners, started initially with family funds. Singh Capital pumps investment into venture capital, real estate and growth equity. Its successful bets include Alibaba, Uber and Spotify. It has executed investments in residential and commercial real estate in the United States and Spain.

Forbright was founded by former Congressman John Delaney, 59, who serves as chairman and CEO of Forbright Inc., and Forbright Bank’s executive chairman. Delaney served in the U.S. Congress from 2013 to 2019, and had a shot at the Democratic presidential primaries in 2020. In Congress, he served on the Financial Services and Joint Economic Committees, and co-founded the Artificial Intelligence and Climate Solutions Caucuses.

Prior to entering Congress, Delaney founded two companies that went on to initial public offerings on the New York Stock Exchange. HealthCare Financial Partners provided loans to small- and mid-sized healthcare service firms; and Capital Source provided loans to a wide range of mid-sized businesses. He served as Capital Source’s chairman and CEO before exiting to run for Congress. The two companies handed out over $30 billion to over 5,000 companies.

Delaney is a member of the Young Presidents’ Organization and has been named Ernst & Young’s Entrepreneur of the Year. The Obama Administration conferred the Bank Enterprise Award on Delaney for lending to disadvantaged communities.

Founderpath was founded in early 2020 by Nathan Latka, host of a podcast on entrepreneurs and the author of a book, How to Be a Capitalist Without Any Capital. He previously founded Heyo, which helps businesses sell on Facebook. Latka sold Heyo to Vetigo after building a client base of over 2,000.

In line with Founderpath’s own goal of helping founders avoid equity dilution, Latka has raised $161 million, mostly in debt to fund its own lending. Prior to the $10 million Series A led by Singh Capital, Founderpath had raised only $5 million in equity. Other equity investors in the latest round include the founders of companies such as ZoomInfo, Brandwatch, Truebill and Par Tech, according to TechCrunch.