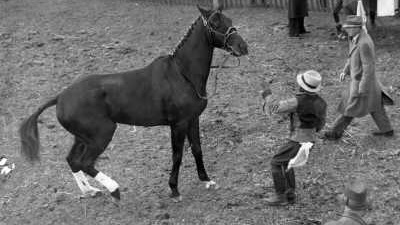 Lady’s Manor point to Point (1937) – “Rarin’ to go. The excitement that pervades the point to point is contagious, even to the horses when they are paraded in the paddock before the race. Dressed in their Sunday curl papers and leg ware, they are eyed by the multitudes.”

This image may be ordered by typing in the 5 digit image ID# 44-461 in the box below Bodine’s portrait on the Home Page. 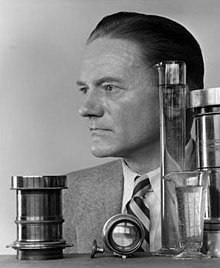