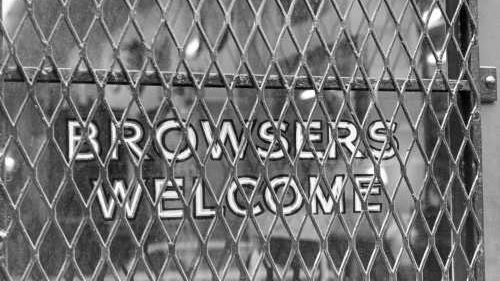 Browsers Welcome (1969) – Park Avenue between Saratoga and Mulberry. The metal screen on this business is not something that is added at closing time. It is a permanent safeguard.

This image may be ordered by typing in the 5 digit image ID# 44-312 in the box below Bodine’s portrait on the Home Page.