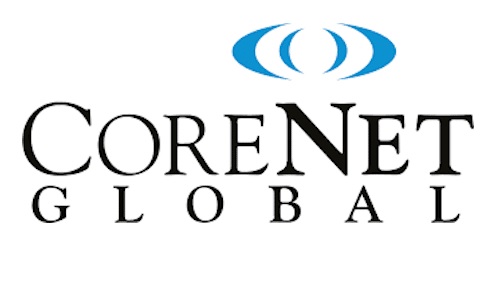 CoreNet Global NYC (CoreNet) is pleased to deliver new research that reveals an inside look into the strategies that New York City’s largest employers are implementing for in-office work following the retreat of Covid. Among the biggest findings of the survey, “Back to Work: What do NYC Occupiers Think?” was 74% of respondents saying they anticipated the majority of their workforce to return by the fall. In a strong show of support for the city’s future, 64% of respondents said their firms were not changing location strategy post-Covid to have fewer people based in New York City.

The findings, described in more detail below, reveal that a shift in workplace strategy did not reduce most companies’ preference for space in New York City. They also illuminate the types of new technologies and wellness programs being implemented as companies actively assess their operations and culture post-Covid.

“We’re proud to be able to leverage our deep occupier network to provide insight into how companies are perceiving and preparing for New York City’s next great comeback story. It’s also exciting to see our largest corporate employers making wellness a priority, because they are leading the way forward to normalize wellness for workforces across all sizes of companies,” Neil Austin, CoreNet NYC Chair and Vice President of Portfolio Management and Transaction Services at Omnicom Group.

·        The majority of respondents (43%) said their firms would operate with a hybrid strategy, but were unsure of the frequency, while just under one-third (29%) said employees would be hybrid 1-3 days in the office. About 20% said they would return to the same level of in-office work as before the pandemic. Just 7% were going fully remote.

·        In the long-term, around one-third (31%) reported that their firms would allocate for more space per person in New York City, while 53% said more space would not be allocated and 16% stated that decision would be made later.

·        52% of respondents said their firms were not requiring vaccinations to return to in-office work in NYC, while 12% said vaccines would be required and 37% were unsure

·        34% of respondents said their firms were providing resources toward obtaining vaccine appointments, while 56% said no resources would be made available and 10% reported their employers might offer assistance

·        77% of respondents said their employers were not offering on-site Covid testing, with 13% reporting this testing was being provided

·        A commercial building’s attainment of the WELL standard was important to 40% of respondents, while 38% said it was not important and 22% was indifferent

“Wellness has become a crucial component in workplace planning as countless studies have quantified the link between productivity and wellness. The pandemic has only amplified the importance of healthy employees and buildings. In the coming years, we expect that more companies will follow suit in prioritizing wellness initiatives taken into consideration,” said Sheena Gohil, CoreNet NYC Advisor and Executive Managing Director at Colliers.

·        53% of respondents said their firms would work internally to teach employees to manage a hybrid workforce, including the new technologies needed, while 6% said they were hiring an external consultant and 27% said they were unsure about the teaching approach

Five technology solutions were widely cited as being added to company offices: Density counters to track the amount of people in space; virtual amenities for food and fitness; touchless features; company apps; and occupancy and environmental sensors. Some respondents indicated that the use of vaccine passports was a conversation being had at high levels and others said they were adding space and real estate modules to their current Facilities and Asset Management Tools.

The top-cited reservation and concierge systems that are being rolled out include Robyn, Flowscape, OfficeTogether, Embrava, EMS, Serraview, Couldbooking, Matrix, FM Systems, Condeco and Modo Workplace.

“A hybrid workforce is the new normal for corporate occupiers and a thoughtful approach to technology and connectivity is the only way to maintain culture across the workplace experience. We are seeing companies embracing this stance, and that decision will keep them future-ready,” said Tommy O’Halloran, CoreNet NYC President and Vice President of Business Development at Structure Tone.

CoreNet Global New York City Chapter’s mission is to advance innovation and professional development for the corporate real estate sector, and to serve as a thought leader and forum for current industry issues. The organization’s more than 1,000 members represent corporate end-users and service providers from New York’s largest publicly held companies at the forefront of real estate planning, development and innovation, including Fortune 500 companies generating over $1 billion in annual revenue. For more information about the CoreNet Global New York City Chapter, visit http://newyorkcity.corenetglobal.org.