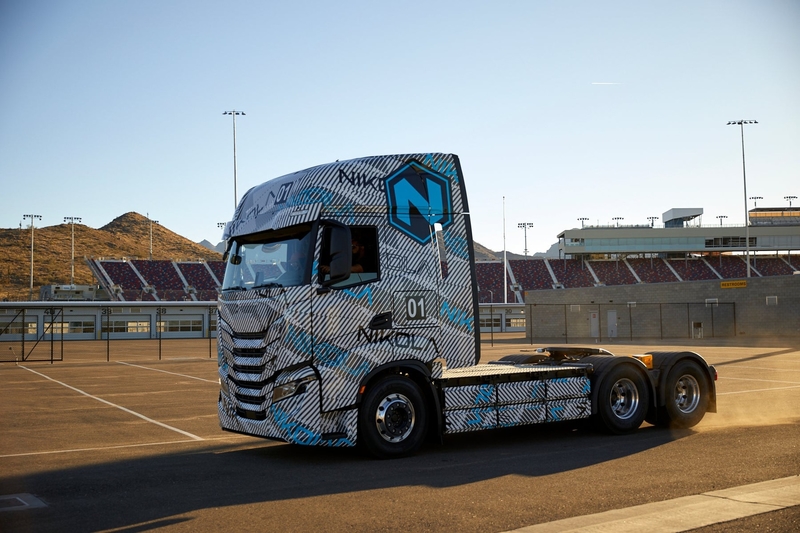 Hydrogen- and battery-electric vehicle start-up Nikola has had a troubling past year. After a short-seller called out the company last fall for exaggerating its progress and technology in developing electric semi trucks; its executive chairman was forced to resign and the company admitted some culpability.

Fast-forward six months and Nikola is still far from a proven success, but it seems to have taken concrete steps toward its goals. While a battery electric vehicle is expected to be its first commercial product, the longer-term goals include hydrogen fuel cell electric vehicles  and associated hydrogen fueling infrastructure. Now two large automakers have announced they also plan to utilize hydrogen power for electric vehicle transportation.

GM will use its Hydrotec hydrogen fuel cell systems to help commercialize electric locomotives in its work with Wabtec. Nikola and GM also had well-publicized discussions about a business arrangement shortly before the short report came out about Nikola. That derailed the plans, and reduced the partnership to more of a supply agreement related to the integration of GM’s Hydrotec system into Nikola’s commercial medium- and long-haul semi trucks.

The Land Rover project is also one for Nikola investors to pay attention to. In announcing its plans to develop its own hydrogen FCEV prototype, the company said, “Hydrogen-powered FCEVs provide high energy density and rapid refueling, and minimal loss of range in low temperatures, making the technology ideal for larger, longer-range vehicles, or those operated in hot or cold environments.” This is precisely the niche Nikola is targeting for semi truck operations.

Nikola’s fortunes will likely be made or broken with that niche for hydrogen-powered freight-hauling trucks. After its intentions to commercializes a BEV truck first, the company then plans to introduce multiple FCEV offerings for use in North American routes for ranges between 300-900 miles. The company will first work with partners in Europe to grow hydrogen infrastructure and fueling stations in Germany, where its initial prototype vehicles have been produced.

Domestically, Nikola has announced an agreement with TravelCenters of America (TA) for plans to have two hydrogen fueling stations commercially ready by the first quarter of 2023. These will be located at existing TA truck fueling sites in California. Additionally, Nikola has an arrangement with a Southern California port trucking company to trial and potentially supply vehicles for port services.

In its first quarter 2021 financial update released in May, Nikola said it aims to start construction of its first commercial hydrogen station this year, and hopes to announce further alliances for hydrogen fuel infrastructure this year. Of course, none of these plans is guaranteed to come to fruition, let alone succeed commercially.

With a market cap of $6.5 billion and a stain on its reputation, Nikola has become a “show me” stock for good reason. Investors shouldn’t necessarily hold the stock based on management’s stated goals. It remains just speculation that it will be successful. But there is reason to think if the hydrogen economy does grow, Nikola could along with it.

Fuel cell manufacturer Plug Power (NASDAQ:PLUG) announced plans last week for what will be its fourth domestic green hydrogen plant. The Georgia facility will join an existing plant in Tennessee and two others announced for Pennsylvania and New York to advance a hydrogen ecosystem. Though these facilities have yet to prove if they can successfully supply the transportation sector, it does show interest in the technology that Nikola seeks to commercialize.

General Motors’ plans to use its hydrogen technology for both trucks and trains, and Land Rover working to commercialize a passenger vehicle seems to bring credence to Nikola’s existing business strategy. There is still a long road ahead for the company to succeed, but these recent announcements by major automakers seem to be a good sign for Nikola.