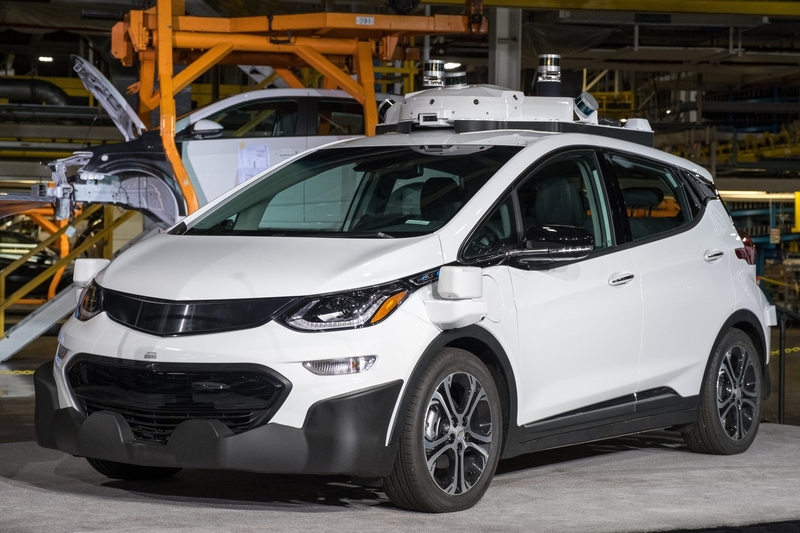 Virtually all legacy automakers have started to invest in electric vehicles (EVs) over the past decade. In recent years, General Motors  has been one of the most aggressive with respect to EV investments.

At its EV day in early 2020, GM revealed that it would invest over $20 billion in EVs and autonomous vehicles (AVs) through 2025. Despite the shock of the COVID-19 pandemic last year, the General has increased its investment plan — twice. This highlights General Motors’ determination to improve its competitive position in the auto industry as the EV revolution plays out.

General Motors has big plans for EVs and AVs, captured in its vision of “zero crashes, zero emissions, and zero congestion.” Its Cruise subsidiary is one of the leading AV developers and is on track to commercialize self-driving taxis within a few years.

Earlier this month, Cruise became the first company authorized to offer fully autonomous ride-hailing (i.e., with no safety driver) to the public in California. And in April, Dubai selected Cruise as the exclusive provider of self-driving taxis for the city through 2029.

As for EVs, GM plans to introduce 30 new EV models globally by 2025. More than two-thirds of those will be available in North America. General Motors is betting on vertical integration — similar to Tesla — to give it a competitive advantage over other legacy automakers. It has created a flexible battery platform called Ultium that will serve as the foundation for its future EV models. GM is designing electric motors, batteries, and cell chemistries in house and manufacturing battery cells through a joint venture with LG Chem.

GM projects that its second-generation Ultium batteries — which will become available in the mid-2020s — will have double the energy density of today’s batteries and cost 60% less. That could get the company’s EVs close to price parity with traditional internal combustion engine (ICE) vehicles.

To accelerate its EV roadmap, GM increased its investment plans last November, telling investors it would spend over $27 billion on EVs and AVs through 2025. Yet it wasn’t done.

On Wednesday, GM announced another huge increase to its investment plans. It now intends to spend a whopping $35 billion on engineering, capital spending, and other development costs for EVs and AVs through 2025. This will far outpace its spending on ICE vehicles over that period.

The incremental investments will allow GM to build and open two additional U.S. battery cell manufacturing plants by mid-decade, for a total of four. The first Ultium Cells plant is slated to start production in early 2022, and GM announced its plans for the second Ultium Cells plant just two months ago. The latest investment shows that GM is more worried about being short of battery production capacity than having too much. General Motors is also ramping up investments in its HYDROTEC fuel cell platform. Moreover, it is looking for opportunities to expand beyond its core passenger auto business. It plans to develop its own electric commercial trucks, and it has struck agreements to supply fuel cells and battery systems for the heavy truck, railroad, and aviation industries.

GM can cover the bill

In conjunction with announcing its increased EV and AV investment plans, General Motors formally raised its guidance for the first half of 2021.

Earlier this month, the automaker told investors that it expected its results for the first half of the year to be “significantly better” than its earlier forecast. Last week, GM put firm numbers on that guidance increase. It expects to generate an adjusted operating profit between $8.5 billion and $9.5 billion for the period, up from its previous estimate of $5.5 billion.

CFO Paul Jacobson noted that GM will face ongoing headwinds from the industrywide chip shortage in the second half of 2021, along with significant commodity cost increases. As a result, the company hasn’t updated its full-year forecast yet. Nevertheless, General Motors is likely to beat its original full-year outlook by a wide margin, thanks to its stellar first-half results.

In short, GM’s core business is firing on all cylinders. As chip availability improves and commodity costs normalize — or get passed through to consumers — profitability could improve further. That will give the General abundant earnings power to fund its aggressive investments in EVs and AVs, paving the way for a smooth transition to the next generation of transportation.