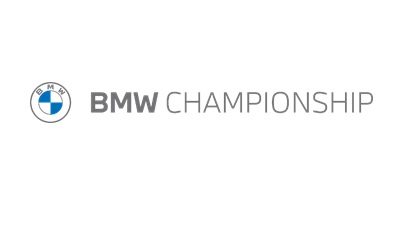 Make this Father’s Day unique for the entire family by securing your chance to witness history when the 2021 BMW Championship comes to the Baltimore area this summer.

An exclusive Father’s Day opportunity is being offered for the 2021 BMW Championship, set for Aug. 24-29 at Caves Valley Golf Club in Owings Mills, Maryland. The event will be the PGA TOUR’s first stop in the Baltimore area in six decades.

This offer is available online beginning June 14 until Father’s Day, June 20. Patrons who purchase a minimum of two grounds tickets or two Trophy Club tickets will receive complimentary parking with their order (a $10 value during practice rounds, $20 value during tournament rounds).

To take advantage of this limited-time offer, visit bmwchampionship.com/2021-tickets/ and select either the Grounds Tickets or Trophy Club option.

“We’re happy to extend this offer to families who would like to celebrate Father’s Day with a special experience that will create memories for a lifetime,” said Vince Pellegrino, WGA senior vice president of tournaments. “Because of the overwhelming support and excitement we’ve already seen from fans in the Baltimore area, we expect this package to be extremely popular.”

The Trophy Club is a climate-controlled hospitality venue with ample room for outdoor seating, spectacular views of the 16th and 17th holes at Caves Valley and food and beverage available for purchase.

Grounds tickets allow entry to the tournament grounds on any day of your choice. Viewing areas, restrooms and concessions are available throughout the course.

The 2021 BMW Championship will mark the first time the event has been held in Maryland and the second time in four years it will be held on the East Coast. Aronimink Golf Club in Newtown Square, Pennsylvania, just outside of Philadelphia, hosted the 2018 BMW Championship.

As the penultimate event of the PGA TOUR’s FedExCup Playoffs, the BMW Championship features the top 70 players in the FedExCup standings vying for the J.K. Wadley Trophy and a spot in the season-ending TOUR Championship. Past champions include Jon Rahm, Justin Thomas, Jason Day, Rory McIlroy, Justin Rose, Dustin Johnson and Tiger Woods.

All proceeds from the 2021 BMW Championship will benefit the Evans Scholars Foundation and its mission of awarding full tuition and housing college scholarships to deserving youth caddies. The event has raised more than $36 million for caddie scholarships since 2007.

The health and well-being of everyone involved with the BMW Championship continues to be our top priority. Our comprehensive health and safety plan will be driven by CDC guidelines, the State of Maryland, Baltimore County and leading medical experts. Read the PGA TOUR guide to fan safety here.

For more information about the 2021 BMW Championship or to purchase tickets, visit bmwchampionship.com.

About the BMW Championship

Since its opening in 1991, Caves Valley has been dedicated to promoting and preserving golf’s honored traditions. Caves has been a consistent supporter of championship golf at all levels. In 2002, it hosted the U.S. Senior Open, where Don Pooley bested Tom Watson in a dramatic five-hole playoff. In addition, the club has hosted the 1995 U.S. Mid-Amateur, the NCAA Division I Men’s (2005) and Women’s Golf Championships (2009), the AJGA Cannon Cup (twice), and the Palmer Cup in 2007. Caves Valley also hosted the inaugural LPGA International Crown in 2014, and in 2017 hosted the Constellation SENIOR PLAYERS Championship. Designed by nationally acclaimed golf course architect Tom Fazio, Caves Valley is situated on 962 acres of rolling hills, pastures, woods, and wetlands, forming a spectacular setting for an 18-hole course that has consistently been ranked one of the top courses in the United States by Golf Digest.

The Western Golf Association conducts six national golf championships and sponsors the nationally acclaimed Evans Scholars Foundation. Headquartered in Glenview, Illinois, the organization was founded in 1899 by 11 Chicago-area golf clubs to promote their interests in golf. In addition to the BMW Championship on the PGA TOUR and the Evans Scholars Invitational on the Korn Ferry Tour, the WGA conducts four prestigious amateur championships, the Western Amateur, the Western Junior, and the Women’s Western Golf Association’s Amateur and Junior championships. To learn more, visit www.wgaesf.org.

About the Evans Scholars Foundation

Established by famed amateur golfer Charles Chick Evans Jr., the Evans Scholars Foundation provides full housing and tuition scholarships to high-achieving caddies across the country. Currently, a record 1,045 caddies are enrolled in 19 universities across the nation as Evans Scholars. The Program, which is supported by the Western Golf Association, is funded by contributions from more than 33,500 Evans Scholars Par Club members, including Evans Scholars Alumni, as well as proceeds from the BMW Championship. Since the Program’s inception in 1930, more than 11,320 caddies nationwide have graduated as Evans Scholars. To learn more, visit www.wgaesf.org.