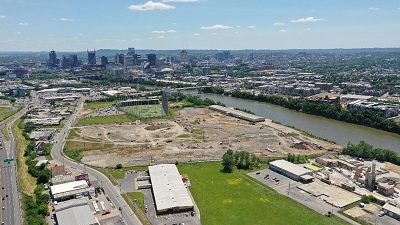 Buildings up to 38 stories tall can be constructed on two parcels, ideally situated in the riverfront development that will be the home of Oracle’s massive new campus

Avison Young’s Capital Markets Group has been selected as the exclusive advisor for the sale of two coveted parcels at River North, the premier riverfront development and future home of Oracle that is redefining downtown Nashville.

The property, controlled by Monroe Investment Partners, features 3.71 acres on adjacent parcels — each slated for a building up to 38 stories. The property is ideally located between Creek Lane Capital and MRP Realty’s planned 1.3-million-square-foot mixed-use development and Oracle’s recently announced regional headquarters campus.

“We are incredibly excited to provide the opportunity to purchase and develop the last two available development parcels within the first phase of River North,” said Howard Schiller, Principal of Monroe Investment Partners. “Nestled between Oracle’s $1.2 billion campus and the incredible riverfront environment that Creek Lane and MRP are creating with their $400 million development, these 3.71 acres allow developers to create their own mixed-use environment and build up to 38 stories.”

Added Don Allen, Principal at Monroe Investment Partners: “We are thrilled to be part of the incredible transformation underway at River North and the east bank of the Cumberland River.”

“We’re proud to market this marquee property that is reshaping and redefining Nashville,” Maki said. “Powered by the commitment of Oracle, Creek Lane and MRP, as well as our city and state, River North promises to be a gamechanger on the banks of the Cumberland River.”

The parcels offered for sale feature prominent corner positioning with maximum visibility and frontage. They offer greater density than the riverfront parcels, allowing taller buildings with unobstructed views of Nashville’s expanding downtown and Germantown neighborhoods. The two parcels are the only development sites available in the project’s first phase.

River North is situated along the east bank of the Cumberland River, directly across from the heart of downtown Nashville. One of the largest urban revitalization projects in the nation, the east bank riverfront will be transformed into a top destination with world-class offices, residences, eateries, retailers and creative areas for residents and tourists to gather. 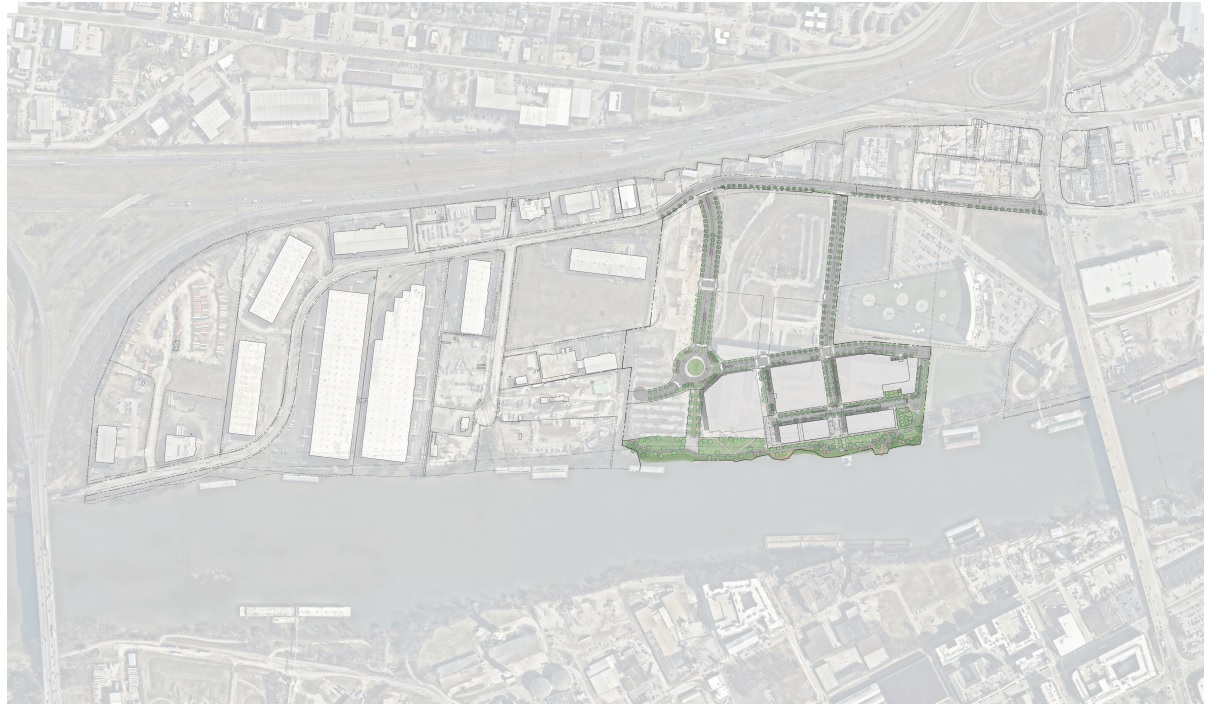 The amenity-rich development has been drawing the attention of companies and investors nationwide. Most recently, Oracle announced plans for a 65-acre, $1.2 billion corporate campus set to be home to at least 8,500 employees. Oracle, which anticipates delivery of its first building by 2025, is joining more than 50 companies that have relocated to Nashville in the past five years.

“With pent-up demand for investment, Nashville is garnering notice worldwide and is poised to take its place on the global stage,” Maki said. “Nashville’s popularity is on the rise, and this dynamic development will be the capstone of the city’s urban revitalization.”

Creek Lane and MRP plan to begin construction this summer on the first phase of their project, which will include apartments, offices and retail with delivery anticipated in mid-2023. Already attracting visitors to River North is the newly-built TopGolf complex, offering yet another avenue for entertainment.

Officially known as the River North Development District, the 125-acre mixed-use district is energizing a vastly underutilized industrial district. With funding primarily from Oracle and the state, plans call for more than $215 million in public infrastructure that will include roadways, a new pedestrian bridge across the Cumberland River, a riverfront greenway, parks and open space, as well as multi-modal connections with East Nashville.

The thoughtful design will create a distinctive urban core alongside the Cumberland River. The vision for River North is for residents and tourists to enjoy an eclectic, walkable community featuring outdoor activities and events for years to come.

Monroe Investment Partners, which started buying the riverfront land over two decades ago, has been selling the property over the past several years, including the recent sale to Oracle. After selling these two parcels, Monroe will continue to have a major presence at River North through its ownership of 22 acres at the northern end of the planned Oracle campus.

“When complete, River North is going to be a thriving, vibrant community where residents can live, work, play and relax,” Maki said. “It will be yet another signature calling card for our great city.”

Monroe Investment Partners, LLC invests in value-add real estate opportunities primarily in Nashville, TN. Most notably, since 2000 Monroe assembled more than 100 acres of industrial property along the Cumberland River across from Downtown Nashville. Monroe planned and zoned the area for mixed use development with permissible building heights of 25 stories, which can be increased to 38 stories through bonuses. The area now known as River North, is one of the hottest mixed-use environments in the country and home to Oracle’s recently announced $1.2 billion tech campus. Monroe will continue to own more than 25 acres within River North as well as 2.1 acres near Nissan Stadium.

Avison Young creates real economic, social and environmental value as a global real estate advisor, powered by people. As a private company, our clients collaborate with an empowered partner who is invested in their success. Our integrated talent realizes the full potential of real estate by using global intelligence platforms that provide clients with insights and advantage. Together, we can create healthy, productive workplaces for employees, cities that are centers for prosperity for their citizens, and built spaces and places that create a net benefit to the economy, the environment and the community.

The Avison Young Capital Markets Group works in partnership with clients to provide high-quality, data-supported, integrated services that guide the strategic and financial objectives of our clients. The Avison Young Capital Markets Group includes senior professionals in Europe and every major North American market, working seamlessly and collaboratively across borders to deliver real estate solutions for our clients. We provide a full range of real estate services to local, regional, national and international clients and we have a proven track record of exceeding client expectations.