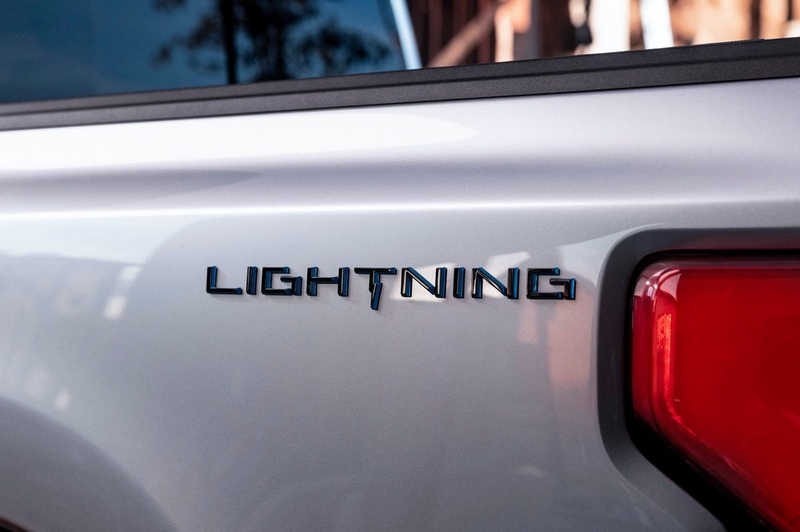 Some auto investors were initially unimpressed by Ford Motor Company‘s reveal of its battery-electric F-150 Lightning last month. After all, if Ford is simply defending its pickup-truck turf from new entrants as the world transitions to electric vehicles, how could that be bullish?

But it turns out that some of the opportunities enabled by the new truck could well be bullish for Ford’s sales and profits. In this Motley Fool Live broadcast, recorded on May 27, Industry Focus host Nick Sciple and Motley Fool senior auto specialist John Rosevear take a closer look at how the F-150 Lightning fits into Ford’s profit-growth plan — and why even defending its turf is arguably bullish for Ford’s stock right now.

A transcript is below.

Nick Sciple: You mentioned the new electric truck that Ford revealed, the F-150 Lightning, that’s gotten a ton of headlines in the past few weeks. Of course, the F-Series is the highest-selling vehicle in North America. How does the F-150 Lightning plug into the strategy and what do you think about the potential for that vehicle more broadly?

John Rosevear: Well, I think the potential is huge, I think the world has been waiting for it. Ford will tell you that, particularly their fleet customers have been waiting for it, that they are under some pressure, regulatory pressure in some states, but also corporate pressures, internal pressures to green up to go to more sustainable solutions, to go to more zero-emission solutions. Again, it fits right in, starting next year, we can ship you electric pickups, zero emissions. They’re easy to recharge and has a ton of features where it can charge on AC power so that commercial customers don’t have to dig trenches and install new equipment to do DC fast charging and so forth. They can do all of this, they can just plug into their existing systems with some simple electrical upgrades, packet base, or whatever, or the driver can take it home. There are some businesses where the driver takes the truck or the delivery van home at night, they can recharge it. Ford chargers will note how much electricity is going to the truck and then make sure that the driver gets reimbursed for that portion of their electric bill. They’ve thought this out really thoroughly. For instance, they’ve spent three years scoping all this and you can really see it, it is huge. There’s also a more subtle part to this strategy, which is that Ford knows they can sell this truck right now, certainly when it ships next spring to a lot of its fleet customers. Retail has been a little more of an uncertain thing. We don’t know how retail electric vehicle adoption is going. Certainly, early reservations on the F-150 have been very promising. But the more subtle thing is, I think Ford season opportunity, you get people driving the electric transit, the electric F-150 at work, and they come home and say, electric vehicle’s really nice, I think it’s got a great truck, it’s got a great pick-up, it’s quiet, everything works really well. Maybe we want one of those, maybe I want one of those as my personal truck. Maybe when friends ask me, “Are these electric vehicles for me?” You can say, “Yeah, I drive one at work, it’s great.” There is that word of mouth into audiences that buy a lot of trucks perhaps, that will benefit Ford over time as well. It is a big deal. The F-150 is a huge part of that, but don’t sleep on also the electric Transit which is coming later this year, and it is really optimized for fleet buyers. They look at how much range do our customers really need, we’ll give them some extra but I forget what it is like 180 miles of range they’re putting in the van. The first thing all the Tesla (NASDAQ:TSLA) fans say, “Haha, that’s nothing,” and then Ford says, “Well, if I’d tell you the average van driver in our customer base and we have thousands and thousands of these that we track, drives 125 miles a day, what do they need anymore? They just need to be able to plug it in every night and have it ready to go in the morning. It’s a really thoroughly thought out product tools for jobs, and this is all again under the Ford Pro brand subgroup within Ford that Ted Cannis is running.

Nick Sciple: One other thing, while we’re on the topic of the new F-150 Lightning you mentioned earlier Ford defending its territory against some of these new entrants, Lordstown Motors is one example that’s good to come to market. You’ve had Tesla with their Cybertruck. How do you think about what the competitive landscape is starting to look like in this EV truck market?

John Rosevear: On the commercial side, good luck competing with Ford. Unless you’re General Motors, good luck competing with Ford. The odds that a commercial fleet buyer is going to take a chance on an untested company, untested product when they know they can get a Ford next spring, I think the bull case for [Lordstown Motors] now has some very big problems because their whole bet is that they could get some share in commercial vehicles, electric pickup trucks specifically before the big guys got there, and now that doesn’t look so good. On the retail side, it’s a much more interesting picture. That’s not where Lordstown is going. It is where Rivian is going at the higher-end. Whether a truck in the 70, $80,000 space, it’s a luxury truck. It’s a little smaller than an F-150. Their pickup, they also do an SUV on the same architecture, on the same skateboard as we say now. I think the F-150 will challenge them a little bit at the high-end because, of course, as Ford does, the retail truck will come in several different tiers, including a loaded luxury tier that will go up around $90,000 with fancy leather seats and the great stereo and all this stuff. Tesla to me is somewhat of a question mark in the middle there. I look at the Cybertruck and I say that is really not tailored for fleet users. I’m sure somebody will buy 10 of them to deliver pizzas and/or whatever. [laughs] But when you look at the commercial vehicle businesses in North America and Europe, the Cybertruck doesn’t fit into there at all. That’s a real question mark to me. We talked about a $40,000 price point, that would certainly be lower. But I still think this is a niche product for Tesla fans, rather than something that’s going to actually seriously threaten vehicles like the F-150, and like GM’s pickups, Stellantis’ Ram pickups, and so forth. That’s where I’m seeing it right now. We’ll find out how this all goes in a year or so that when these trucks actually come to market, something they’ll do.