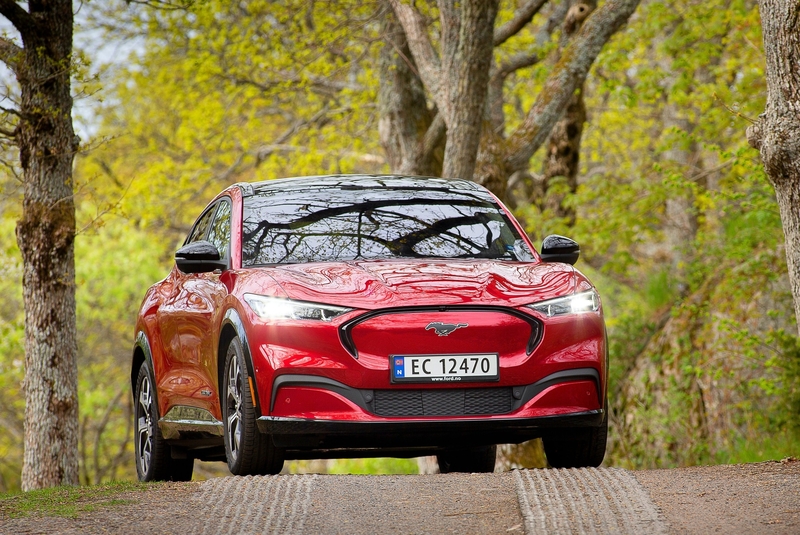 At first glance, Ford Motor Company‘s aggressive move into electric vehicles seems to be about defending its turf — particularly in the profitable truck, commercial vehicle, and SUV market segments. But there’s more to it than that: Ford isn’t just playing defense, it thinks that the unique properties of electric, connected vehicles will help it boost revenue and profit significantly as well. In this Motley Fool Live broadcast, recorded on May 27, Industry Focus host Nick Sciple and Motley Fool senior auto specialist John Rosevear take a look at Ford’s approach to EVs and how it could turn into a nice profit-growth story for Ford shareholders — even if the total number of vehicles Ford sells doesn’t grow by much.

Nick Sciple: Lots of exciting things on electric vehicles. I want to start out with Ford Plus. Ford is calling their new strategy Ford Plus, bringing out some more of these services, analytics type things. To me, you hear Disney+ out there, Apple plus out there, getting more involved in the services. How do you compare and contrast Ford Plus [laughs] with what we’re seeing from all the other plus companies out there?

John Rosevear: Let’s back out. How does Ford make money today? For the most part, they sell you a car, a truck, or an SUV, and they wish you luck and say goodbye, and maybe you come back to the dealer for service if you have a clunk in the suspension or whatever. But mostly, you just go drive your car. Ford hopes you come back in three, four, five, seven years to get another one, but that’s about it. The thing about EVs and not just EVs but this new architecture they’re putting in vehicles that aren’t all just EVs, also like the new Ford F-150 has it, even the internal combustion versions, it’s a much more sophisticated electrical computing architecture is the way to think about it. Instead of having all these little processors around the vehicles like automakers have done for years, they have basically one big computer, and it’s wired in. The computer can connect wirelessly, not just for connectivity but also over the year updates, subscription services, and so forth. In addition, the communication goes two ways, Ford can, to some extent, diagnose vehicle problems using this system now remotely, which opens up a whole another door for them. Broadly, what they want to do is basically have a constant contact relationship with the customer going forward. They’re going to have a million of these vehicles with this new architecture on the road by the end of this year, 33 million by 2028. This opens doors for app-based services where you can schedule service within app, you can find out what’s going on with your car with an app, you can upgrade features, you can buy the highway driving system that’s coming or add it on, and so forth.

This is going with another model where they want dealers moving. For small repairs, the dealer comes to you, you schedule it and they come do it in your driveway. It’s all this kind of stuff. Their target about having third-party app developers perhaps in this, they’ve got Google functionality, they’ve got Amazon Alexa functionality, they’ve got Apple CarPlay functionality. All in this, it’s heavily Google, but it’s also heavily Ford. They have a robust software team now and they are doing a lot of this work. Part of the plus to go back to the question is that they don’t just sell you the car, they sell you all these services and so forth that maybe you subscribe to along the way, they stay in contact with you along the way, which not only creates revenue streams for them over the life of the car but also makes it more likely assuming their services are good and Ford treats you well, that you will come back and buy another one when it’s time to buy. It helps to lock in customer loyalty they hope. They’re talking about moving away from build and sell to enduring customer relationships, and this is not just on the retail side, but also on the commercial fleet side. They’re offering all new software packages that have functionality that maybe has been out of the price range of small and medium-sized fleet operators, people with 10,000 trucks can buy these huge logistics packages. They are building some of this into the vehicle and selling it as an ongoing upgrade. Take all that together and those ongoing revenue streams, that’s the plus, that’s the software and services on top of the hardware, so it’s like Apple plus. [laughs] It is not completely different from Apple Plus to answer your question.

Sciple: We’re taking these existing hardware-based revenue streams and attaching services over the top trying to deepen the relationship, so maybe you’re interacting with that app on a regular basis versus you coming to the dealership once every three to five years or what have you.

Should you invest $1,000 in Ford Motor Company right now?

Before you consider Ford Motor Company, you’ll want to hear this.

Our award-winning analyst team just revealed what they believe are the 10 best stocks for investors to buy right now… and Ford Motor Company wasn’t one of them.