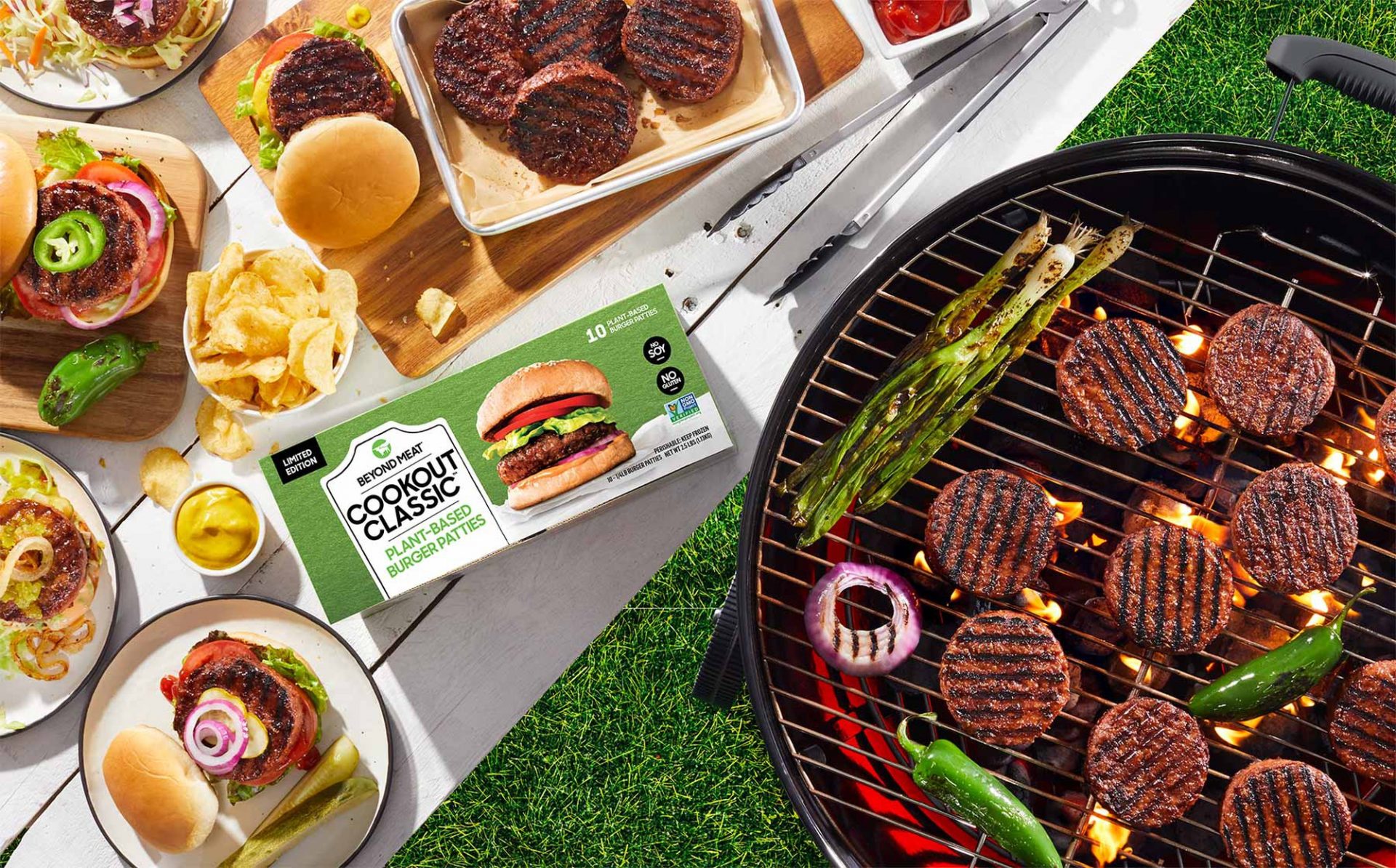 Plant-based meat company Beyond Meat has won over a lot of consumers with its products. But the stock is struggling to win over investors. After a successful start following its 2019 initial public offering, the stock has stagnated and is down over 40% from 2019 highs as of this writing.

For the most part, investors don’t question the secular trend. There seems to be a clear shift among consumers toward plant-based meat alternatives. However, many believe Beyond Meat stock is grossly overvalued, and there’s some merit to this concern. But there’s also good reason to keep its lofty valuation in perspective.

Be careful with comparisons

Beyond Meat is aiming to become a global protein powerhouse, so its valuation is often compared to companies that fit this description like Tyson Foods. And comparing the two, Tyson stock is cheaper.

However, direct comparisons are hard. For example, Tyson records net profits; Beyond Meat does not. Therefore, they can’t be compared with this valuation metric.

We can explore this from another angle: Tyson’s market value (its market cap) is only about three times that of Beyond Meat despite having about 100 times more revenue. Viewed this way, Beyond Meat’s valuation looks almost silly.

In my opinion, there are two things in general that justify a high P/S ratio: a rapid growth rate and high profit margins. After all, a high P/S ratio comes back down to earth in time with rapid sales growth. And if sales from one company are more profitable than sales of another company, it stands to reason those more-profitable sales are worth more to investors.

Tyson and Beyond Meat are both protein companies, but they differ greatly when it comes to growth and profit margins. On the subject of margins, consider that in 2020, Tyson had over $43 billion in sales but only about $5.4 billion in gross profit — a gross margin of 12.5%. And that’s not an anomaly from the pandemic. Its gross margin in 2019 was almost exactly the same.

By contrast, Beyond Meat’s gross margin was 30% in 2020 — 2.5 times better than Tyson’s. And unlike Tyson, its margins were negatively impacted by the coronavirus. Beyond Meat had products packaged for food-service partners that had to be repacked and redirected toward retail channels once restaurant dining rooms started closing around the world, pressuring the company’s profitability.

Beyond Meat’s gross margin is superior to Tyson’s, which warrants a pricier valuation to an extent.

But Beyond Meat stock is still expensive even when accounting for this, in my opinion. Therefore, for this investment to pan out for those buying the stock today, the company must grow its revenue significantly and gain operating leverage with scale. Neither is guaranteed, and the company can’t coast downhill to get there. That said, Beyond Meat does have a path to become a market-beating investment.

One intriguing aspect of Beyond Meat’s growth is its international expansion. For example, its new plant in China is now fully operational as of the first quarter of 2021. Not only does China have the world’s largest population, but it also consumes a large percentage of the world’s meat supply. Specifically, it consumes twice as much pork as the entire European Union, according to the U.S. Department of Agriculture. And pork supplies are struggling due to the ongoing swine fever breakout. In short, this could pave the way for widespread adoption of Beyond Pork in China in 2021 and beyond, driving revenue growth.

Furthermore, Beyond Meat is working to make plant-based chicken products commercially available. In the U.S., chicken is the most consumed meat. If the company can create a compelling plant-based alternative, this could be another catalyst for long-term growth, expanding its market opportunity.

But perhaps the most compelling long-term driver for growth is Beyond Meat’s push toward price parity. The company intends to undercut the price of meat by 2024. However, it will lower prices in conjunction with gaining operating leverage — it won’t sacrifice its healthy margin. When plant-based meat is actually cheaper than the real thing, mass consumer adoption is more likely to ensue.

Much needs to go right for Beyond Meat stock to be a winning investment from today’s levels. If the stock dropped and became cheaper, it would be a better buy. But it might still be worth a small position today, provided your portfolio is diversified with safer stocks as well.