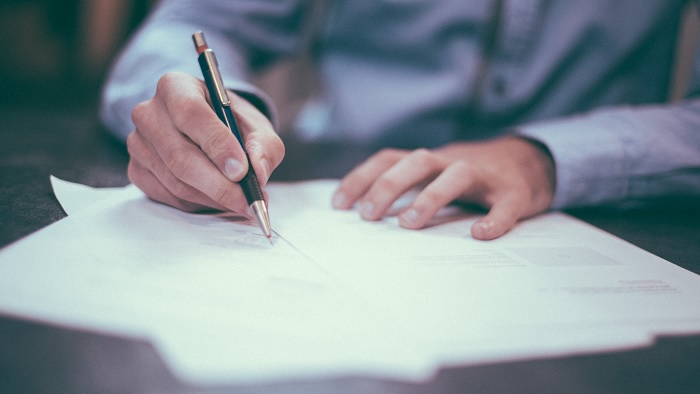 Robert Taylor is a former public adjuster turned risk advisory consultant specializing in risk management who primarily works with policyholders and property management groups. From an early age, his father and other family members instilled within him a voracious work ethic. That work ethic, when combined with the listening skills he deliberately cultivated later in life, is what he credits for his professional success. Now working as a consultant, he takes on as much responsibility as quickly as he can when screening potential jobs, as he finds the progression in difficulty to be very rewarding and the commensurate remuneration very lucrative.

When Robert Taylor isn’t consulting, he enjoys spending time on his hobbies, most especially golf. Originally from Sanger, California, he is a fervent San Francisco 49ers and San Francisco Giants fan. He is also a wine and cigar enthusiast and an avid world traveller.

Why did you decide to create your own business?

Ever since I can remember, I’ve felt an overwhelming urge to help the little guy—in my case, that usually means policyholders and small business owners—and make sure that the big guys, the giant industry heavyweights, aren’t taking advantage of them. The reason I have for waking up every morning is to give helpful advice to ordinary, average people just trying to carve out a life for themselves.

What does a typical day consist of for you?

After I get out of bed, I start each day with a minimum of three cups of coffee. I do a lot every day, so I need that initial jolt of energy in order to give my maximum effort all day. Beyond that, each day is a little different. Sometimes I drive out to meet with clients  and sometimes I find myself immersed in industry-specific research. One constant is that I’m always in touch with clients. My phone is on 24/7 just in case any of my clients want to touch base or ask a question.

How has your company grown from its early days to now?

It depends on what you mean by “grown.” In many ways, my company has grown immensely. I’ve expanded my client base to many times what it was in the beginning—I’m always getting referrals from happy customers. Also, the amount of revenue I generate annually is off the charts compared with the early days. In other ways, though, such as in the number of employees I have, my company hasn’t grown at all. I am and always have been a one-man operation.

Where do you get your inspiration from?

I get my inspiration from my clients; from seeing them succeed. Every time I check in on one of them and they tell me about how my advice has helped them get a leg up in life—for their business, their family, or themselves—I get a feeling that’s better than winning the lottery. The pursuit of that feeling drives me to keep scrounging for new information and new ways to help them.

Who has been a role model to you and why?

My father has always been my biggest role model. When I was a little, he took great pains to convey to me the value of having a strong work ethic—others did, too, but my father was the one who really drove it home. And he practiced what he preached. I can’t remember a day in my youth when my father wasn’t either pouring over his job or hard at work on some project in the garage or in the backyard. When I think back, that emphasis on work ethic more than anything else has shaped me as a business professional and as a person. Anyhow, I’m eternally grateful to my father for that.

What traits do you possess that makes a successful leader?

First and foremost is my ability to listen. A leader has to make decisions at the drop of a dime, and the only way to make measured, informed decisions so quickly is to listen to the people around you who are involved in whatever environment or situation that needs to be dealt with. A big part of my job is giving quality, dependable advice, and the advice I give is wholly dependent on the client’s situation. Therefore I have to understand their situation as well as I can, and therefore I have to listen—really listen, not just nod along while I’m making an empathetic face—when they tell me about their life or their business. Then I quickly run down their potential avenues of action, analyze the advantages and drawbacks of each, and give my advice based on that. So, I guess the leadership traits I would attribute to myself are good listening skills and the ability to think analytically very quickly.

What suggestions do you have for someone starting in your industry?

I like to tell people to make a habit of stepping backwards in order to go forward. It sounds counter-intuitive, but it’s an incredibly effective strategy. It’s so effective, some of history’s greatest generals have used it to win battles. Anyhow, I just find it valuable to take a step back, consolidate your position, and have a look at things from a different perspective. Always make adjustmentsdepending on whatever situation presents itself; always re-evaluate and re-position.

What is one piece of advice that you have never forgotten?

“Don’t wait around for others to show you how to do something. Learn to do it yourself.”

What’s one piece of advice you would give to others?

Tomorrow is another day. It’s best to leave yesterday’s problems where they belong; in the past. It is far more important to focus on the present and the future.

What is the biggest life lesson you have learned?

I think the biggest life lesson I’ve learned during the course of my career is that guts and imagination are more important in finding success than virtually anything else. Sure, having an experienced mentor is a wonderful thing, and an extensive network of contacts can be quite helpful, but those things won’t make up for a lack of guts and imagination.

Outside of work, what defines you as a person?

I have a lot of hobbies. I love golf. I also spend a fair amount of time worrying about whether the San Francisco 49ers and San Francisco Giants will win the Super Bowl and World Series, respectively.

What trends in your industry excite you?

Right now, because of COVID-19 and a host of other factors, there’s a trend in California of people wanting to leave the cities and the suburbs and relocate to rural areas. I see a lot of opportunity for my clients in that trend, especially because it is a relatively new development. It always pays to be on the ground floor with something like that.