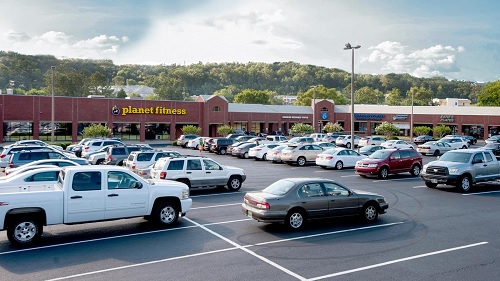 Approximately ten employees expected to work at store upon opening later this year.

Compton Ace Hardware has signed a lease with Continental Realty Corporation (CRC) for 10,395 square feet of space within The Shops on Montevallo, a 65,000 square foot neighborhood shopping center located at 4500 Montevallo Road in Birmingham, Alabama. Compton Ace Hardware expects to open this new store, which represents the retailer’s ninth Ace Hardware location in the greater Birmingham metropolitan region, by the end of this year. Kelsi Bozel Holman, Commercial Leasing Associate for Continental Realty Corporation and Alex Benson of Southpace Properties represented the landlord, and Tyler Roeller of Newmark represented the tenant in this lease transaction.

The Ace Hardware franchise is owned by Birmingham businessman Don Compton, who also operates four CC Food Mart convenience stores in the local marketplace. Ace Hardware is considered the largest retailer-owned hardware cooperative in the world, with more than 5,300 locally owned and operated stores in more than 70 countries. The company sells a full complement of household and garden products for businesses and consumers, including plumbing and electrical supplies, paint and paint sundries, power tools and cleaning supplies. The retailer carries brand names such as Benjamin Moore, Big Green Egg, Craftsman, DeWalt, Scotts, Weber, and Yeti. Ten people will initially work at Ace Hardware when it first opens, with more employees expected to be hired in the future.

“It has long been my dream to own a neighborhood hardware store since I was very young, but I waited for the perfect location and opportunity,” explained Don Compton. “Walking around a store filled with hammers, ladders, and tools is the same experience little kids have when wandering through a toy store. This is like a vacation to me, the tools and such are my toys. The Shops on Montevallo reaches an extremely broad economic area ranging from $30,000 annual households to those approaching $500,000 and we intend to satisfy the needs of each customer with personalized service and knowledge of our craft. That is what will separate us from the experience at big-box hardware stores.”

The Shops on Montevallo services Mountain Brook, one of Birmingham’s wealthiest neighborhoods, and draws consumer traffic from the adjacent Crestwood, Crestline, Eastwood, and Irondale neighborhoods. More than 7,000 households are contained within a three-mile radius with average household incomes approaching $85,000. The center is anchored by Planet Fitness, with additional tenants including Pizza Hut, Subway and Bedzzz Express, which will relocate to a different section of the center to accommodate Ace Hardware.

A few vacancies remain at The Shops on Montevallo, with spaces ranging from 1,400 to 4,000 square feet.

“Ace Hardware fills the need for a hardware store in the Crestline, Crestwood, Eastwood, Irondale and  Mountain Brook communities. Based on its strong brand recognition and commitment to customer service, we believe its presence will serve as a junior anchor for the shopping center,” explained David Donato, CRC’s Senior Vice President. “This retailer historically draws impressive foot traffic to its stores, and we expect a noteworthy increase in activity to the center. This lease signing is a big step toward full occupancy. We have a few more small shop spaces left, and there appears to be strong interest from tenants who would complement Ace Hardware and Planet Fitness. Southpace has done a tremendous job assisting us in the leasing of this center.”

Continental Realty Corporation (CRC) is focused on acquiring value-add retail and multifamily properties located throughout the Mid-Atlantic and Southeast regions of the United States. Headquartered in Baltimore and founded in 1960, CRC is a full-service commercial real estate and investment company. The privately-owned firm owns and manages a diversified portfolio of retail centers consisting of more than five million square feet of commercial space, as well as nearly 10,000 apartment homes. Positioned throughout the Mid-Atlantic and Southeast regions, the portfolio’s value exceeds $2 billion. For additional information, visit www.crcrealty.com.