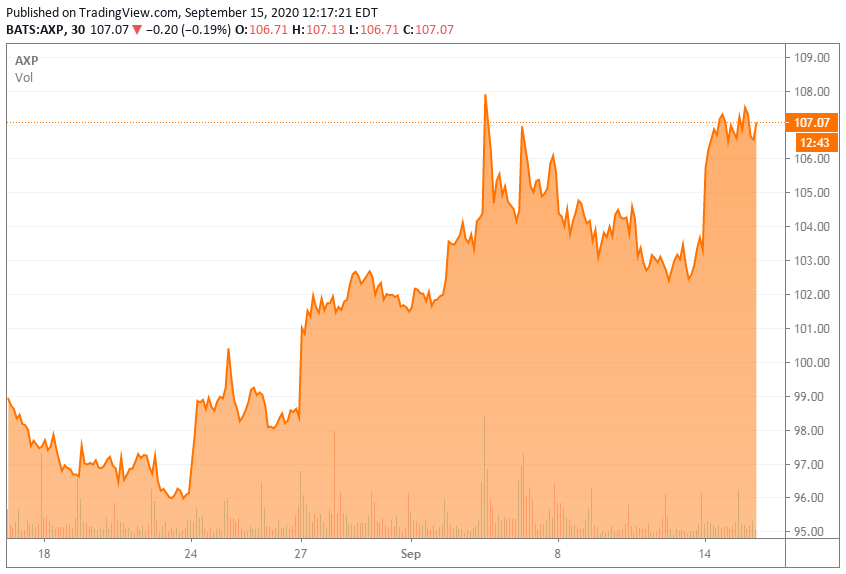 Since the economy has turned south from the COVID-19 pandemic, I have been looking at credit card companies to invest in. Looking into Capital One Financial (COF), Discover Financial Services (DFS), and Synchrony Financial (SYF), I have found that the future outlook does not look as grim as expected. Analyzing these banks has shown that 2020 will be a poor year financially, but the programs they have in place have helped their customers tremendously. Each of the three banks I have looked at have seen significant losses in the stock market this year and Capital One Financial has so far been the best value play. This article will be focused on American Express Co. (AXP) and will show that the underlying trends are the same. Although American Express is profitable and has started to wind down the forbearance program, I believe that Capital One still offers the best value of the bunch.

In fiscal year 2019, American Express reported interest income of $12.084 billion, which was up 13.94%. The thing is American Express makes the majority of revenue from non-interest. Therefore, it is important to compare this over time even though it isn’t a big factor for the other banks I have written about. In 2019, the bank made $34.936 billion in non-interest revenue, which was a 6.92% increase. The provision for losses totaled $3.573 billion for the year, up 6.6%. Overall, the net income came in at $6.759 billion, down 2.34% from prior year. In 2019, the efficiency ratio and average interest yield were 72.44% and 11%. As a note, the efficiency ratio is higher for American Express when compared to the other banks due to the amount of revenue from fees & non-interest expense, therefore it should be viewed over a time period.