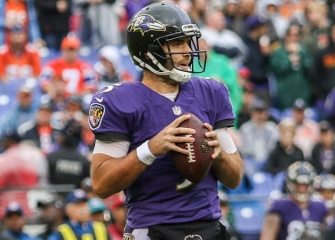 This is obviously the best we’ve felt about the Ravens’ chances going into NFL divisional playoff weekend in the history of the franchise.

There’s nothing more to debate. Lamar Jackson is the MVP, John Harbaugh is worthy of being Coach of the Year, half of the roster is going to the Pro Bowl, a quarter of the starters were named first-team All-Pro and the fan base is so desperately seeking for any slight amount of “disrespect” that it’s decided to zero in on three out of literally 50 voters who had Russell Wilson ahead of Jackson in their All-Pro voting.

That’s how wildly respected this Ravens team is. In order to have something to scream about, we have to lose our minds about a mildly incorrect decision made by 6 freaking percent of a group of people.