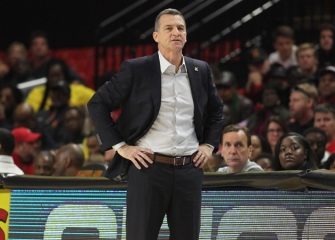 The Maryland men’s basketball team jumped from No. 15 to No. 12 in the Associated Press poll released Jan. 6 after defeating Indiana Jan. 4.

Maryland beat Indiana, 75-59, Jan. 4, improving to 12-2 overall and 2-1 in the Big Ten. The Terps played their best basketball of the season in the second half, going on a 35-8 run to turn a three-point lead into a blowout. Maryland held Indiana to 36.1 percent shooting and forced 14 Hoosiers turnovers. Four Terps scored in double figures, led by sophomore center Jalen Smith (19 points).