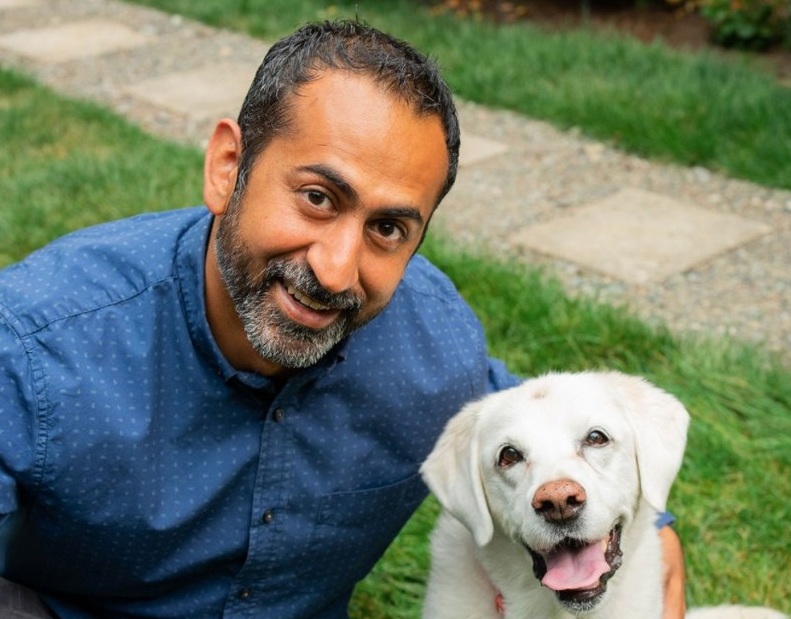 Manish Joneja, CEO at BARK, with his dog, Kiki.

BARK, the company behind BarkBox, today announced that its board of directors has appointed Manish Joneja, most recently a leader at Amazon focused on global exports, expansion and operations, to succeed BARK co-founder Matt Meeker as the CEO, effective immediately.

Meeker will continue in his position of executive chairman of BARK’s board of directors and maintain a daily role at the company focused on BARK’s overall customer experience, while working with Joneja to ensure a seamless transition. Since founding BARK with BarkBox in 2012, Meeker, along with co-founders Carly Strife, Henrik Werdelin and the company’s 400-person team, have grown the company to $375 million in annual revenue and recently closed its most profitable quarter in the company’s history. From the beginning, Meeker, a serial entrepreneur who also co-founded Meetup.com, openly committed to transition out of the company’s day-to-day leadership after five years, making today’s announcement three years overdue. It follows succession planning that he and the board began in 2018.

“Founding BARK has been the highlight of my career – one that lasted longer than I expected because there’s still so much to do,” said Meeker. “Manish’s shared love for dogs and customer-centricity will ensure we don’t wander from our mission to make dogs happy. He instantly impressed all of us, and I have great confidence in his ability to lead and inspire the next chapter of BARK’s transformation and growth.”

Joneja has two decades of experience scaling businesses through consumer-centric product and technology innovation, omnichannel commerce, global expansion and operational transformation. For the last decade, he has held global growth and operations leadership roles at Amazon and eBay where he built diverse and high-performing teams to deliver results. Joneja is also a dog dad to Kiki, a pup he rescued from the Seattle Humane Society twelve years ago, as well as Begum, a former Delhi street dog.

“Matt, Henrik and Carly established a brilliant vision to serve dogs as customers with a dog-obsessed team,” said Joneja. “I’m thrilled by the opportunity to build on their strong foundation and unlock new growth opportunities. My hope is to make BARK the partner for all dog parents for all stages of their dog’s life.”

About BARK
BARK is the world’s most dog-centric company, devoted to making dogs and their people happy with the best products, services and content. BARK’s dog-obsessed team applies its unique, data-driven understanding of what makes each dog special to design playstyle-specific toys, wildly satisfying treats and wellness supplements, and dog-first experiences that foster the health and happiness of dogs everywhere. Founded in 2012, BARK loyally serves dogs nationwide with monthly subscription services, BarkBox, Super Chewer and BARK Bright Dental; a curated e-commerce experience on BarkShop.com; and custom collections via its retail partner network. Sniff around at bark.co for more information.

Prior to BARK, he served as a leader in Amazon’s worldwide operations division focused on global exports and expansion, leading global teams in product management, supply chain and data science. Before joining Amazon, he spent five years at eBay where he led a mix of business, product and operations portfolios. Prior to eBay, Joneja spent more than a decade counseling retail, ecommerce and tech brands like Nordstrom, Polo Ralph Lauren, Nike, Gap, Sony and Microsoft on growth, operations, customer experience and more.