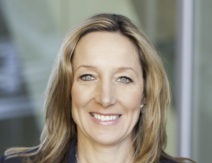 AMBRIDGE, Mass.–(BUSINESS WIRE)–Acceleron Pharma Inc. (Nasdaq:XLRN), a leading biopharmaceutical company in the discovery, development, and commercialization of TGF-beta superfamily therapeutics to treat serious and rare diseases, announced today the appointment of Laura J. Hamill to its Board of Directors.

Ms. Hamill brings to the Acceleron board more than three decades of experience in the biopharma industry, serving most recently as Executive Vice President, Worldwide Commercial Operations at Gilead Sciences, Inc. Prior to Gilead, she spent 18 years at Amgen in a number of leadership roles in the U.S. and internationally, concluding her time there as Senior Vice President and General Manager, with strategic oversight of that organization’s U.S. commercial operations.

“Laura is joining our Board at a particularly opportune time as Acceleron is advancing its clinical development plans in an effort to expand its future commercial footprint,” said Francois Nader, M.D., Chairman of Acceleron Pharma. “Her breadth of therapeutic-area expertise and lengthy track record of successful global product launches should make her an eminently valuable addition to the organization.”

During her career, Ms. Hamill has worked across a vast array of therapeutic areas, including inflammation, oncology, gene therapy, and cardiovascular disease. She is a member of the boards of directors of AnaptysBio and Y-mAbs Therapeutics. Ms. Hamill holds a B.A. in business administration from the University of Arizona.

“I’m delighted to join the Board of Acceleron,” said Ms. Hamill. “The Company’s first commercial product is in the midst of a highly successful launch in hematology, despite the ongoing pandemic, and I’m extremely excited to now be involved as its late-stage clinical and commercial development plans come together for a potential entry into pulmonary disease. I look forward to helping the company continue along its impressive growth trajectory.”

Acceleron is a biopharmaceutical company dedicated to the discovery, development, and commercialization of therapeutics to treat serious and rare diseases. Acceleron’s leadership in the understanding of TGF-beta superfamily biology and protein engineering generates innovative compounds that engage the body’s ability to regulate cellular growth and repair.

Acceleron focuses its commercialization, research, and development efforts in hematologic and pulmonary diseases. In hematology, REBLOZYL® (luspatercept-aamt) is the first and only erythroid maturation agent approved in the United States and Europe for the treatment of anemia in certain blood disorders. REBLOZYL is part of a global collaboration partnership with Bristol Myers Squibb. The Companies co-promote REBLOZYL in the United States and are also developing luspatercept for the treatment of anemia in patient populations of MDS, beta-thalassemia, and myelofibrosis. In pulmonary, Acceleron is developing sotatercept for the treatment of pulmonary arterial hypertension, having recently reported positive topline results of the Phase 2 PULSAR trial.