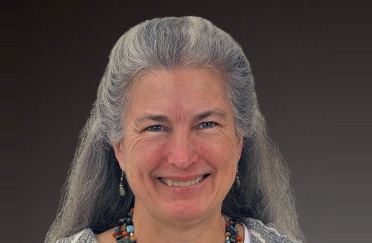 “Dr. Kerl brings a wealth of education and experience to her new position, a critical role for VCA as she leads the medical teams and represents the organization within the veterinary profession and Mars Veterinary Health,” said Todd Lavender, DVM, President, VCA Animal Hospitals and Petcare Services. “She joined our VCA family in 2017 as Regional Medical Director and then later moved into a combined Regional Medical Director/Regional Operations Director role, prior to her most recent leadership promotion.”

In 1999, Dr. Kerl transitioned into the academic world and held teaching roles as a professor at the University of Missouri where she completed the Master of Public Health degree in 2010. Her duties as Associate Teaching Professor include practicing emergency/critical care and internal medicine while instructing professional degree students, interns, and residents. Dr. Kerl received the Norden Distinguished Teaching Award.

She received her Bachelor of Science and her Doctor of Veterinary Medicine degrees from Auburn University. Later, she earned her Master of Public Health from the University of Missouri. Dr. Kerl began her career as an Associate Veterinarian in Columbus, Georgia, and then progressed through her internship and residency programs at The Bobst Hospital of The Animal Medical Center in New York. She is also active in veterinary disaster response as a member of the AVMA Veterinary Medical Assistance Team, the National Veterinary Response Team, and the Missouri Volunteer Veterinary Corps.

Dr. Todd Tams, VCA Chief Medical Officer for over 30 years, will work with Dr. Kerl over the coming weeks as he finalizes the transition from his position at VCA to serve as Chief Medical Affairs of Mars Veterinary Health for External Affairs.

VCA Animal Hospitals operates more than 1,000 small animal veterinary hospitals in the U.S., Canada and Japan. The hospitals are staffed by more than 4,500 fully qualified, dedicated and compassionate veterinarians to give pets the very best in medical care, of which over 600 are board certified specialists who are experts in areas such as oncology, cardiology, emergency and critical care, and surgery for animals. VCA Animal Hospitals provides a full range of general practice services to keep pets well and specialized treatments when pets are ill. As part of the Mars Veterinary Health family of brands, VCA is committed to its purpose—A BETTER WORLD FOR PETS®.