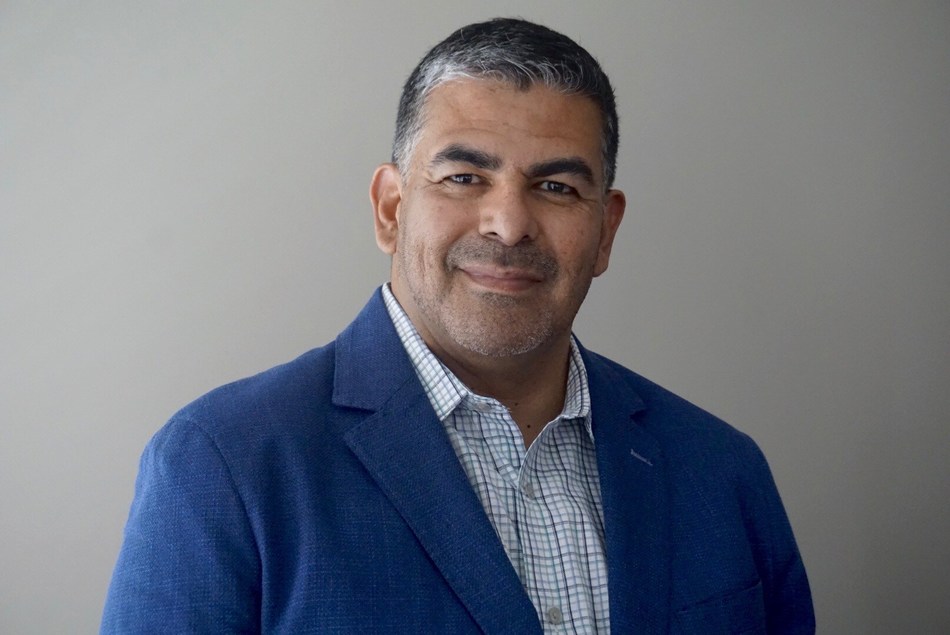 Venture Café New England, a tax-exempt 501(c) (3) non-profit which has championed small businesses and aspiring entrepreneurs by providing free services in New England for over 10 years, is pleased to announce the appointment of Daniel Vidaña as President, as well as a new name – Innovation Studio as it supports the movement for social equality.

Vidaña brings to the position a wealth of knowledge and an array of experiences in diverse entrepreneurial communities from his more than 30 years of experience. Innovation Studio will continue to offer all of its programs virtually and hybrid, however, in his role as President, Vidaña will lead Innovation Studio’s mission to democratize innovation by cultivating relationships and providing free resources and spaces for anyone to successfully launch and grow a business.

“At a time marked by the disruption of the pandemic and when there is dramatically increased attention on the issue of racial justice, Innovation Studio is even more energized and our team is excited to double down on our mission to significantly increase the diversity of the innovation community,” said Daniel Vidaña, President. “We do this today in Roxbury, Providence, Boston and Cambridge; first by meeting the entrepreneur or small business where they are, working with them to provide a pathway and ongoing resource engagement points in addition to providing access to community activated spaces for innovators, thus we are encouraged and seek to align and partner with like-minded organizations to help build and rebuild creative economic communities.”

The rebranding of Innovation Studio solidifies its commitment to building inclusive, accessible and innovative communities in New England. The new mark combines a pair of activated forward pointed chevrons, with accent points that create the illusion of an X. X has a history of being used to symbolize an unknown quantity, therefore If X can stand for anything or anybody, then nothing and nobody is excluded by it. Innovation Studio looks to serve as the “Studio” for individuals to iron out a business idea, develop that concept, and execute their plan – in the same way an artist imagines a piece of music, visual art, drama, and then has to develop it through consistent effort and focus. Only then is it brought out of the “studio”.

Innovation Studio looks to expand its free equity+innovation programming, such as its recent success in collaboration with the State of Rhode Island on the Small Business Tech Support Program to drive further economic development in the Gateway Cities of Massachusetts, and other communities in New England; explore partnerships to create and activate community spaces, in addition to offering creative storytelling studio space to increase innovation output.

“Daniel’s leadership came after joining as the Director of District Hall Boston in 2018. There is no doubt that his vision and passion for building Venture Café the past two years has been an integral part leading to the rebranding to Innovation Studio,” said Mitch Tyson, Chair of the Board of Directors. “It has been an honor working alongside Daniel as he continues to redefine the organization’s approach in support of its mission.”

Free programs and virtual events such as Innovation Studio’s Pitch Nights, which are held four times a year, afford small business owners and budding entrepreneurs in Greater Boston the opportunity to compete for funding. Gaining momentum from #BlackoutTuesday, all of the Pitch Night winners since September 2019 have been 100% women and 90% BIPOC. According to a recent Forbes article, women-led businesses in general only receive less than 3% of venture capital funding. COVID-19 has complicated this challenge even further for women-owned businesses given the fact that they are more likely to start product and service-based businesses in areas such as food, fitness, beauty and retail – all which have experienced a major downturn since the start of the pandemic.

In addition to its membership in the Venture Cafe Global Institute (VCGI), Innovation Studio will continue its longstanding relationship with CIC (Cambridge Innovation Center) as its Founding Partner. Through this network of spaces within Venture Café Cambridge, District Hall Boston, Roxbury Innovation Center, District Hall Providence, and Venture Café Providence a variety of programming is available. These resources are not limited to helping entrepreneurs connect with key experts and resources, access to the fundamentals of starting and growing a business, sharing knowledge with the community, and launching successfully.

We invite small businesses and entrepreneurs to join us for our virtual pitch night on September 29th at 5 p.m. EST.

Based in New England, Innovation Studio is an inclusive 501(c)(3) non-profit and the leader in offering free innovation services, through a constellation of virtual and physical community spaces.

Innovation Studio has operated Venture Café Cambridge Thursday Gatherings since 2010, which began as an experiment by CIC(Cambridge Innovation Center) to connect innovators and entrepreneurs. In addition to our signature Thursday Gathering programming, we have operated community spaces such as District Hall Boston, which opened in 2013 as the world’s first free-standing civic innovation center and public workspace, and the Roxbury Innovation Center, which opened in 2015 as a landmark project for the City of Boston and first urban innovation center with a mission to foster local economic development in the heart of Nubian Square. And since August 2019, Innovation Studio has operated Venture Café Providence and District Hall Providence, which was the result of a collaborative public-private partnership with the State of Rhode Island, Wexford Science & Technology and CIC, to create a gathering space and programming space to connect innovators to increase Rhode Island’s innovation output. All of these spaces and programs will be run under the branding of Activated by Innovation Studio.

Daniel Vidaña is President and a Member of the Board of Directors for Innovation Studio overseeing the programs and spaces operating in Boston, Cambridge, and Providence. Daniel joined Innovation Studio formerly Venture Café New England in 2018 as Director of District Hall Boston and also led the Roxbury Innovation Center team since January 2019. Prior to that, Daniel served as Vice President of Program Operations for Boston based Cradles to Crayons, in addition to a successful supply chain operations career with Apple, Inc. Daniel brings a true passion for engaging diverse entrepreneurial communities along with thirty years of experience merging leadership, creativity, and business insight with solid non-profit, start-up consulting, and corporate organizations.