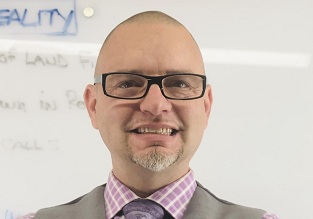 Fathom Holdings Inc. (Nasdaq: FTHM), a holding company that primarily operates through its wholly owned subsidiary, Fathom Realty, LLC, a national, cloud-based, technology-driven, residential real estate brokerage, today announced that Russell Laggan has been appointed to the newly created position of Vice President of Recruiting, as the company focuses on accelerating growth and expansion of its national agent network.

Laggan will be responsible for the day-to-day operations of the Company’s agent growth initiative, known as ‘Talent Acquisition.’ Launched in April 2020, this initiative contributed to a 39% increase in agent growth in the 2020 second quarter, despite the pandemic, compared with the same quarter last year. Fathom reported the highest percentage of growth of all publicly traded real estate brokerages for the 2020 second quarter, while still being a private company.

Reporting directly to Chief Brand Officer Wendy Forsythe, Laggan will manage a team of talent acquisition specialists to concentrate on sharing the Fathom Realty value proposition with real estate agents across the country who would benefit by affiliating with Fathom. He will also act as a business coach, sales manager, and subject matter expert on the topic of recruiting and attracting agents.

Laggan joined Fathom Realty from Laggan LLC., a firm he founded in 2018 to provide real estate agents and brokerages with team building and revenue generating consulting. Prior to that, he was with Carrington Real Estate Services, where he held the roles of Vice President of the Southeast-West Region, and later, as one of only two Regional Vice Presidents for the firm. Laggan previously was the owner and Chief Executive Officer of Realty Direct Tampa and was Managing Broker of Prudential Tropical Realty. He has been a top-producing real estate agent who sold more than 100 homes annually. Laggan attended Central Bible College and the Bob Hogue School of Real Estate. He volunteers and supports multiple charities, including the Sunshine Kids Foundation, Samaritan Ministries and multiple Greyhound rescue organizations.

“Growing our agent count with dedicated, productive, and professional real estate professionals is an important initiative for Fathom,” said CEO Joshua Harley. “The Company’s growth last quarter, in part, reflected the talent acquisition team. Russ’ joining Fathom, with his strong skill-set, should help drive the Company’s expansion and further improve the team’s capture and conversion rate. Over his career, Russ has personally recruited hundreds of agents, managed teams numbering more than 900, and managed multiple franchise brokerages with more than $200 million in production.”

“I am a believer that the best results come from building a culture to be envious of, a team to be proud of, and a system that is scalable,” Laggan said. “Fathom already embodies these attributes, and I look forward to helping build a quality, larger national agent network as the Company focuses on accelerating its growth.”