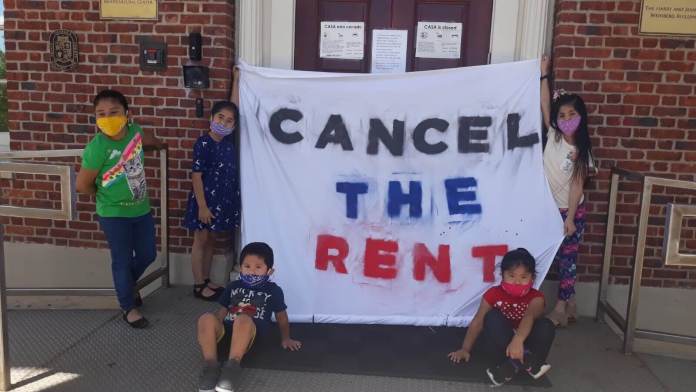 In front of CASA's Langley Park headquarters, children from the neighborhood express their views on the housing crisis. Photo courtesy of CASA

Maryland courts have reopened, their dockets filled with failure-to-pay-rent cases, and that’s expected to lead to a spike in evictions — if not immediately, by year’s end, when a CDC eviction moratorium announced last week is lifted.

During the pandemic 274,000 Maryland households have lost income and are in danger of foreclosure or eviction according to estimates from Stout, a Chicago-based consulting group.

José Linares is one of them. We’re not using his real name for fear of retribution.

His story begins in January at the Coronado Apartments in Adelphi, when his roommate got laid off and split, leaving Linares responsible for the $1,565 monthly payment. That was more than he could afford on his salary as a security guard for office buildings in the densely populated area bordering Langley Park, where COVID-19 cases are the highest in the state.