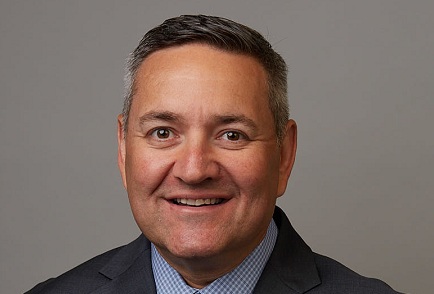 “Over the past four decades, we have worked hard to deliver upon our mission, care for patients in the most effective manner, grow strategically and seek opportunities,” said Alan B. Miller. “I am personally quite proud of the care we have delivered to millions of individuals, and I am grateful for the team of dedicated professionals at UHS who have given so much to so many. I look forward with great optimism and am confident UHS will continue to thrive and grow.”

Alan B. Miller founded UHS in 1979 with six employees. Under Miller’s leadership, the company has grown exponentially, and today is an esteemed Fortune 300 corporation comprising an expansive international network with annual revenues of $11.4 billion in 2019. In 2020, UHS was again recognized as one of the World’s Most Admired Companies by Fortune; ranked #281 on the Fortune 500; and listed #330 in Forbes ranking of U.S.’ Largest Public Companies. One of the nation’s largest and most respected providers of hospital and healthcare services, UHS today employs approximately 90,000 employees and operates through its subsidiaries close to 400 facilities located in 37 U.S. states, Puerto Rico and the United Kingdom.

“UHS’ reputation as a financially stable, innovative and award-winning healthcare company will continue,” said Marc D. Miller, President and newly appointed CEO, UHS. “Our leadership team is fully engaged and well-positioned to continue to deliver solid performance, achieve strategic growth and expansion, and deliver superior care to patients. We will uphold the admirable reputation of UHS in the future as we continuously evolve, and continue to earn the confidence of the communities we serve as a trusted healthcare partner.”

“Under Alan’s leadership, we have realized the vision to become a world-class healthcare provider,” said Steve Filton, CFO, UHS. “This is the strong foundation upon which UHS prepares for the future as a continued leader in healthcare, transforming the way that health systems deliver high-quality care to complex and diverse patient populations. I am confident that the transition will be seamless and the company will continue to excel under Marc’s highly competent leadership.” “Alan is an icon in the hospital industry, driven by his passion and relentless focus to deliver excellent and compassionate patient care,” said Eileen McDonnell, Lead Director, UHS Board. “Marc is a proven leader and is well prepared to assume the CEO responsibilities, having served as a hospital operator, business development officer, visionary and corporate executive. I have personally witnessed Marc taking on increasing responsibilities over my seven-year tenure on the Board and am confident that UHS’ best years are yet to come!”

Alan B. Miller – A Legacy of Achievement
Alan B. Miller has received numerous awards for his business achievements and philanthropic endeavors. Most recently, in 2020, Fox Business recognized him as the second longest-serving CEO in the US. In 2019, he was named as a recipient of the Distinguished Civilian Award by the Ben Franklin Forum in recognition of the behavioral healthcare delivered by UHS Facilities to our nation’s military. He was also named to the Forbes “America’s Most Innovative Leaders” list. He has been named by Modern Healthcare as one of the “100 Most Influential People in Healthcare” for the last 17 years: 2003-2019. Alan B. Miller was named Entrepreneur of the Year in 1991 and Financial World named him CEO of the Year in hospital management. In 1992, he was awarded an Honorary Doctorate from the University of South Carolina and received the George Washington University President’s Medal in 2002. He received the Chairman’s Award from the United Negro College Fund, the Americanism Award of ADL and the Ellis Island Medal of Honor. In 1999, Alan B. Miller was presented with the first Lifetime Achievement award of the Federation of American Hospitals, who honored him for his many years of industry leadership.

Both Fortune Magazine and The Wall Street Journal noted Universal Health Services as having the highest return to shareholders (38%) of all healthcare providers for the 10-year period 1990-2000. For the period 1992-2002, UHS also led the category at 29%. In 2014, UHS was recognized by J.P. Morgan as a historical extreme winner among select stocks that generated the highest excess lifetime returns over the Russell 3000 Index and was added as a component of the S&P 500 Index. In May 2015, the Wall Street Journal ranked Alan B. Miller for achieving 3,715 percent total shareholder returns since 1995.

At graduation from the College of William and Mary in Virginia, Alan B. Miller was commissioned in the U.S. Army and served in the 77th Infantry Division. He served as a trustee of the William and Mary Endowment Fund, and is a life member of the school’s President’s Council. He has received high honors from the College, including the William and Mary Alumni Medallion, the College’s highest alumni award in 1999; and the Clarke Medallion, the highest honor presented by the Business School, in 2007. The College’s School of Business relocated to the newly constructed Alan B. Miller Hall in 2009, and the Alan B. Miller Entrepreneurship Center opened in 2010. Alan B. Miller is a Horatio Alger award recipient and a member of the Business Roundtable. He was also awarded an honorary degree of Doctor of Public Service from the college in 2014. Alan B. Miller earned his MBA degree from the Wharton School of the University of Pennsylvania. He served on the Board of Overseers and on the school’s Executive Board.

Marc D. Miller, President since 2009, is the newly appointed CEO of UHS. Based at the Corporate Headquarters, he has led the business operations of UHS including executive oversight of both the Acute Care Division and Behavioral Health Division. Marc D. Miller is a member of the UHS Board of Directors and serves on both the Executive Committee and the Finance Committee.

Marc D. Miller has extensive hospital management experience. Prior to his promotion to President of UHS, Marc D. Miller was Senior Vice President of UHS and President of the company’s Acute Care Division, which at the time comprised 25 acute care hospitals and accounted for 50% of the company’s total revenues. Over his 25+ year tenure with UHS, he has held various positions including Eastern Region Vice President of the Acute Care Division; Assistant Administrator of The George Washington University Hospital, Washington, DC; Chief Operating Officer of Wellington Regional Medical Center, West Palm Beach, Florida; and Chief Executive Officer and Managing Director of Central Montgomery Medical Center, Lansdale, Pennsylvania.

One of the nation’s largest and most respected providers of hospital and healthcare services, Universal Health Services, Inc. has built an impressive record of achievement and performance. Growing steadily since our inception in 1979 into an esteemed Fortune 500 corporation, annual revenues were $11.4 billion for 2019. In 2020, UHS was again recognized as one of the World’s Most Admired Companies by Fortune; ranked #281 on the Fortune 500; and listed #330 in Forbes ranking of U.S.’ Largest Public Companies.

Our operating philosophy is as effective today as it was 40 years ago, enabling us to provide exceptional care to our patients. Our strategy includes building or acquiring hospitals in rapidly growing markets, investing in the people and equipment needed to allow each facility to excel, and becoming the leading healthcare provider in each community we serve.