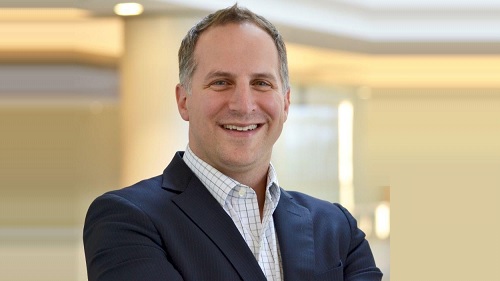 On the one-year anniversary of the COVID-19 shutdown, several local real estate experts expressed highly positive sentiments for the current state of the local real estate sector with a robust volume of available capital looking to invest and lend in the greater DC region. The group believes the local market is about to enter “the roaring 20s” of the 21st century supported, in large part, by the strength of the multifamily and industrial sector as well as suburban retail. The group remains wary of several lurking trouble spots such as rising office vacancies in the urban core and the resulting drag on downtown retail that relies heavily on daytime working populations.

“So much has changed since we last talked with this panel in the fall including a new President in office, the rollout of the vaccine and a wave of economic stimulus, and this is showing impact in the commercial real estate industry,” stated Joe Friedman of Edge. “While treasury yields have risen, spreads have narrowed, interest rates remain low and capital remains readily available.”

“Industrial remains the shining star of all real estate classes and if you are involved in this sector, you look like a genius,” explained Jared Okun of Fortified Property Group. “We recently closed on an industrial project in Hagerstown, Maryland – a market that we always overlooked and thought was tertiary.  Hagerstown is turning into an extremely robust market and now we are looking at another property six months later that is trading at 250 basis point below our basis. End-users just can’t get enough of that product type and we don’t see that demand subsiding at any point in the near future. We view 2020 as a health crisis rather than a negative economic event based, in part, on how banks behaved. In 2008, financial institutions took an antagonistic approach but, in the past year, they were doing everything they could to help businesses. I see the central business district hurting for some time longer, with more companies employing a hub and spoke model and opening offices in the suburbs. For instance, companies might have a presence on K Street in DC and also operate a small office in Columbia, Bethesda or Tysons Corner. Our company does well when the stock market is significantly down or up. There is some froth now and people are looking to place money in other investments, especially real estate.”

“If you factor 2020 out of the equation, the commercial real estate market is extremely healthy and our 2021 budget is higher than our 2019 actuals,” stated Joe Reger of The JCP Companies. “In our business, suburban shopping centers have come back but Main Street retail in the CBD has not. Grocery store sales are up 100-120% across the board. Because there is relatively little daytime population downtown, certain retail areas that were once thought of as bullet proof, are now struggling. We need employees to return to the office for that to change. Wall Street sees the entire retail sector as one animal and does not differentiate between malls and soft goods-dominated retail centers. Although Main Street retail has come back, including occupancy levels, new construction has significantly dwindled. Several years ago, there was more than 125 million square feet of retail space being built and now, I would be surprised to see this level above 20 million square feet.”

“Last year, we saw the multifamily debt capital markets dominated Fannie Mae and Freddie Mac but, in 2020, we saw life insurance companies, banks and other capital sources enter back into the market aggressively,” explained Alex Basile of Newmark Knight Frank. “While suburban apartments are trading at all time price highs, urban product remains challenged, rents are down and there is not a strong velocity of transactions. Overall, the multifamily sector remains active with a healthy volume of transactions expected in the second half of 2021. The suburban markets are performing well throughout the country, particularly in the sunbelt markets where there is a lot of equity chasing deals. We are experiencing increased focus from investors on workforce and affordable housing assets.  Meanwhile student and senior housing remains challenging, although we are starting to see things improving with more debt and equity capital available for good credit student housing deals.”

“The appetite for lending is robust currently, and we are seeing five to 10 new requests each week,” stated Martin McCarthy, CEO of Founder’s Bank, which recently celebrated its one-year anniversary and now has more than $100 million in assets. “We are seeing activity in most asset classes – with an even split between refinancing and new money – although the hospitality and office sector is still lagging. We remain bullish on most asset classes in this area. The hospitality sector will come back as people start traveling more, which we are starting to see now and urban-based retail may not work as well as it once did but should improve. Among our most active sectors currently is residential construction – low interest rates and lack of supply are driving that demand.”