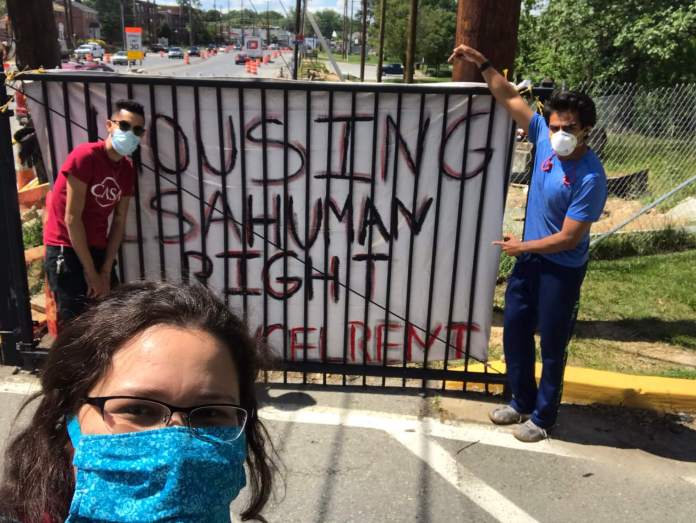 Housing activists on the streets of Langley Park. Photo courtesy of CASA

​Advocates in Maryland were pleasantly surprised when the Centers for Disease Control and Prevention issued a nationwide moratorium on evictions Tuesday — but they say the new order has “possible loopholes.”

The moratorium, which is set to last until the end of December, will likely offer protection to many tenants in Maryland, said Matt Hill, an attorney with the Public Justice Center. But Hill warned that tenants need to meet specific requirements to avoid eviction.

“There are some exceptions we’re very concerned about,” he said.

Maryland Matters previously reported that, in order to avoid eviction under the moratorium, a tenant will need to prove under oath that they: