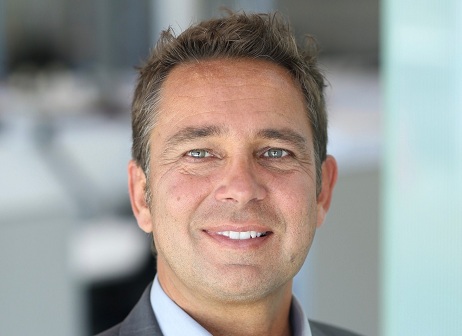 This appointment is effective immediately and supports the continued growth of StreamGuard by furthering its visionary thought leadership and strategic relationships. Jacob brings astute industry experience, a deep understanding of video delivery solutions, and firsthand knowledge of the streaming piracy and security problems that plague businesses across industries, markets and applications –stealing revenues, increasing costs, and compromising security. This affects live sports and entertainment to subscription video on demand, telemedicine, education, military, and enterprise communications.

“I have had the privilege to work with many incredible engineering teams that have done some amazing things, and yet streaming piracy and security have always been a never-ending battle.” Jacob continued: “When I met the StreamGuard team and learned about their technology and how their innovation unfolded, I immediately knew they were on to something really special. I look forward to bringing my technical, strategy and market development expertise to bear as StreamGuard brings its new and improved patented secure streaming services to the market early next year.” – Ralf Jacob

About Ralf Jacob: During Ralf’s tenure leading the Verizon Digital Media Services group (VDMS), he grew the company’s revenue by more than 300%, and established VDMS’s Content Delivery Network (CDN) as the second largest worldwide. The platform became the de-facto streaming provider in the industry by prime broadcasters worldwide – Disney/ESPN/ABC/Hulu, Fox, Sinclair, Hearst, Discovery, among others. VDMS further established itself as the largest producer of live events with marquee events such as the first Super Bowl in 4K, World Cup Soccer, NBA Finals, and Yahoo-Sports/NFL

“We are very proud to have a streaming industry icon such as Ralf on our team. While we look forward to benefiting from his executive experience, business relationships, and successful track record with high growth companies, we also appreciate his engineering prowess and 25 years of dedication to broadcast and streaming. He shares our passion to eliminate streaming piracy and protect the artists, athletes, entrepreneurs, and content creators.” – Joe Tremols, CEO StreamGuard

About StreamGuard: For over 5 years, StreamGuard has been working to create a proactively secure streaming option which not only protects our client’s content and revenue, but eliminates the excessive bandwidth fees and server crashes that content creators suffer from and pay for with today’s streaming providers. With its patented technology, StreamGuard has already successfully streamed live events delivering the end user experience that audiences have come to know and love, without a single act of credential sharing or middle-man attack while stealing the stream. StreamGuard is set to launch a public version of its enterprise streaming technology in the second quarter of 2021.