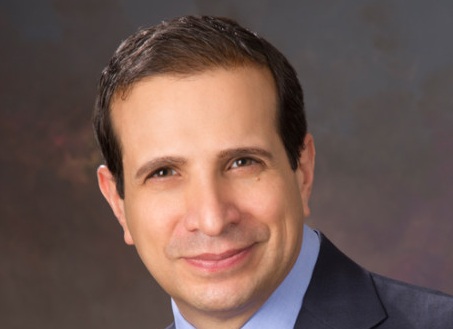 ​NeuroBo Pharmaceuticals, Inc. (Nasdaq: NRBO), a clinical-stage biotechnology company focused on developing and commercializing multimodal, disease-modifying therapies for neurodegenerative and cardiometabolic diseases, today announced that Douglas J. Swirsky, President and Chief Executive Officer of publicly traded Rexahn Pharmaceuticals, Inc., has been appointed to the Company’s Board of Directors, effective September 1, 2020. In addition to his position as an independent director, Mr. Swirsky will also serve as a member of the Audit Committee. He replaces Steven Gullans, Ph.D., who resigned from the Board of Directors effective August 31, 2020.

“Doug brings to Neurobo more than two decades of relevant experience in the biopharmaceutical and healthcare sectors, having served as a director of, or in senior management positions at, a number of publicly held companies over the last 14 years and having provided counsel to corporate clients as a healthcare investment banker,” stated Richard J. Kang, Ph.D., President and Chief Executive Officer of NeuroBo. “Doug’s vast industry expertise and proven leadership capabilities make him a valuable asset, and we look forward to working together on our clinical and preclinical pipeline activities. As we welcome Doug to the NeuroBo team, I want to also extend our sincere gratitude to Dr. Gullans for his service on the Board and his contributions to our merger with Gemphire.”

In addition to his roles at Rexahn, Mr. Swirsky is currently Chairman of the Board of Cellectar Biosciences, Inc., a publicly traded, clinical stage biopharmaceutical company. Prior to joining Rexahn in January 2018, from 2013 through its sale to Precigen, Inc. (formerly known as Intrexon Corporation) in 2017, Mr. Swirsky was President and Chief Executive Officer of publicly traded biotechnology company, GenVec, Inc., which he joined in 2006 as Chief Financial Officer. Prior to joining GenVec, Mr. Swirsky worked at Stifel Nicolaus, where he served as a managing director and the head of Life Sciences Investment Banking. Previously, Mr. Swirsky held investment banking positions at UBS, PaineWebber, Morgan Stanley, and Legg Mason.

Mr. Swirsky is a certified public accountant and a CFA® charterholder. He received his B.S. in Business Administration from Boston University and his M.B.A. from the Kellogg School of Management at Northwestern University.

NeuroBo Pharmaceuticals, Inc. is focused on novel treatments for neurodegenerative and cardiometabolic diseases affecting millions of patients worldwide. The company’s multimodal approach has the potential to address the multiple underlying mechanisms of neurodegenerative diseases, alleviate symptoms and slow disease progression. The company’s drug candidate, NB-01, for the treatment of painful diabetic neuropathy (PDN), has been shown in a Phase 2 study to significantly reduce pain symptoms associated with PDN with a superior safety profile when compared to currently available treatments. Due to global COVID-19 crisis, a planned Phase 3 study was postponed. In the interim, NeuroBo is exploring a potential orphan drug indication targeting chronic pain for NB-01. NeuroBo’s drug candidate, NB-02, is focused on the treatment of Alzheimer’s disease and neurodegenerative diseases associated with the pathological dysfunction of tau proteins in the brain. The company’s third program, Gemcabene, is focused on developing and commercializing therapies for the treatment of dyslipidemia, a serious medical condition that increases the risk of life-threatening cardiovascular disease.

NeuroBo Pharmaceuticals was jointly founded by Dr. Roy Freeman, professor of neurology at Harvard Medical School and renowned expert in neuropathic pain, and JK BioPharma Solutions, a biotechnology consulting company, to commercialize natural product-based research into ethical medicines. In December 2019, NeuroBo merged with Gemphire Therapeutics and through such merger, became listed on the Nasdaq Stock Market and added the Gemcabene family of related assets to its portfolio. For more information visit: https://www.neurobopharma.com.