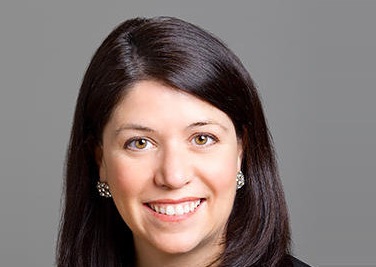 ​Karyopharm Therapeutics Inc. (Nasdaq: KPTI), a commercial-stage pharmaceutical company pioneering novel cancer therapies, today announced the appointment of Christy J. Oliger to its Board of Directors. Ms. Oliger is the former Senior Vice President of the Oncology Business Unit at Genentech, a leading biotechnology company dedicated to pursuing groundbreaking science to discover and develop medicines for people with serious and life-threatening diseases. Ms. Oliger served in a wide variety of commercial leadership positions at Genentech from 2000 until 2020. Genentech is a member of the Roche Group, the world’s largest biotech company and the global leader in cancer treatments and has been at the forefront of cancer research and treatment for over 50 years.

“Ms. Oliger is a pharmaceutical industry leader who brings broad commercial, portfolio management, and leadership experience having played a critical role in Genentech’s significant commercial success over the past twenty years,” said Michael G. Kauffman, MD, PhD, Chief Executive Officer of Karyopharm. “Her strategic expertise and counsel will be critical to Karyopharm as we continue to expand the global development and commercialization of XPOVIO® into different patient populations and potential new indications. On behalf of the Board of Directors and our executive leadership team, we welcome Ms. Oliger and look forward to her contributions.”

Ms. Oliger brings over 25 years of biopharmaceutical industry experience, including various leadership roles in sales and marketing, portfolio management, and overseeing multiple business units at Genentech in oncology, rare diseases, neuroscience, and hematology. She was responsible for the U.S. oncology business unit and oncology pipeline, which generated over $13 billion of sales in 2019.

“It is a privilege to be joining Karyopharm’s Board of Directors, especially as the company prepares to expand its reach into a variety of new patient populations with high unmet medical need,” said Ms. Oliger. “The therapeutic potential of XPOVIO is exciting given its innovative mechanism of action, oral administration and increasing body of clinical evidence. I look forward to working with the Karyopharm Board and management team through what I believe will be an era of significant growth for the Company, while making a significant impact on people living with cancer.”

Prior to joining Genentech, Ms. Oliger had an 8-year career at Schering-Plough Corporation where she held numerous positions of increasing responsibility within the sales and marketing organization. Ms. Oliger holds a bachelor’s degree in Economics from the University of California at Santa Barbara.

“Ms. Oliger is a driven, strategically-focused, biopharmaceutical leader who has an impeccable record of success in oncology and who has demonstrated a deep commitment to patients,” said Barry Greene, lead independent Director and Chair of the Nominating, Corporate Governance & Compliance Committee. “This appointment represents another strong addition to our Board of Directors and positions us well for continued growth.”

XPOVIO is a first-in-class, oral Selective Inhibitor of Nuclear Export (SINE) compound. XPOVIO functions by selectively binding to and inhibiting the nuclear export protein exportin 1 (XPO1, also called CRM1). XPOVIO blocks the nuclear export of tumor suppressor, growth regulatory and anti-inflammatory proteins, leading to accumulation of these proteins in the nucleus and enhancing their anti-cancer activity in the cell. The forced nuclear retention of these proteins can counteract a multitude of the oncogenic pathways that, unchecked, allow cancer cells with severe DNA damage to continue to grow and divide in an unrestrained fashion. Karyopharm received accelerated U.S. Food and Drug Administration (FDA) approval of XPOVIO in July 2019 in combination with dexamethasone for the treatment of adult patients with relapsed refractory multiple myeloma (RRMM) who have received at least four prior therapies and whose disease is refractory to at least two proteasome inhibitors, at least two immunomodulatory agents, and an anti-CD38 monoclonal antibody. Karyopharm has also submitted a Marketing Authorization Application (MAA) to the European Medicines Agency (EMA) with a request for conditional approval of selinexor in this same RRMM indication. Karyopharm’s supplemental New Drug Application (sNDA) requesting an expansion of its current indication to include the treatment for patients with multiple myeloma after at least one prior line of therapy has been accepted for filing by the FDA. In June 2020, Karyopharm received accelerated FDA approval of XPOVIO for its second indication in adult patients with relapsed or refractory diffuse large B-cell lymphoma (DLBCL), not otherwise specified, including DLBCL arising from follicular lymphoma, after at least 2 lines of systemic therapy. Selinexor is also being evaluated in several other mid-and later-phase clinical trials across multiple cancer indications, including as a potential backbone therapy in combination with approved myeloma therapies (STOMP), in liposarcoma (SEAL) and in endometrial cancer (SIENDO), among others. Additional Phase 1, Phase 2 and Phase 3 studies are ongoing or currently planned, including multiple studies in combination with approved therapies in a variety of tumor types to further inform Karyopharm’s clinical development priorities for selinexor. Additional clinical trial information for selinexor is available at www.clinicaltrials.gov.

Karyopharm Therapeutics Inc. (Nasdaq: KPTI) is a commercial-stage pharmaceutical company pioneering novel cancer therapies and dedicated to the discovery, development, and commercialization of novel first-in-class drugs directed against nuclear export and related targets for the treatment of cancer and other major diseases. Karyopharm’s Selective Inhibitor of Nuclear Export (SINE) compounds function by binding with and inhibiting the nuclear export protein XPO1 (or CRM1). Karyopharm’s lead compound, XPOVIO® (selinexor), received accelerated approval from the U.S. Food and Drug Administration (FDA) in July 2019 in combination with dexamethasone as a treatment for patients with heavily pretreated multiple myeloma. In June 2020, XPOVIO was approved by the FDA as a treatment for patients with relapsed or refractory diffuse large B-cell lymphoma. A Marketing Authorization Application for selinexor for patients with heavily pretreated multiple myeloma is also currently under review by the European Medicines Agency. In addition to single-agent and combination activity against a variety of human cancers, SINE compounds have also shown biological activity in models of neurodegeneration, inflammation, autoimmune disease, certain viruses and wound-healing. Karyopharm has several investigational programs in clinical or preclinical development. For more information, please visit www.karyopharm.com.