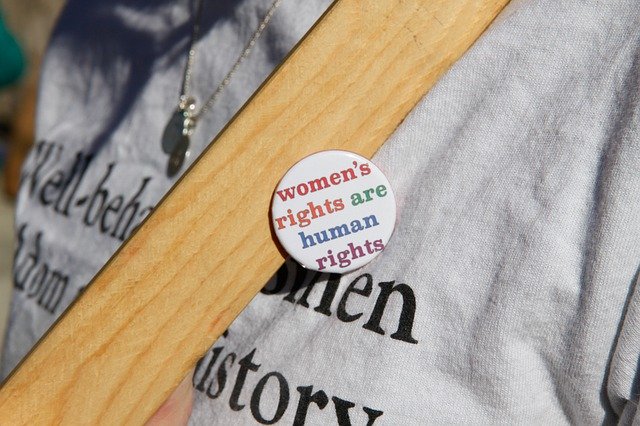 Image by Carrie Z from Pixabay

MR: What does the term “Constitutional Orphan” refer to?

Monopoli: It refers to a couple of things…the amendment itself…after ratification…the courts construed the amendment pretty narrowly to sort of just apply to essentially the ballot as opposed to a broader interpretation of it that could have included the two other main political rights of the time: jury service and public office holding. So, the courts in those ten years after ratification were faced with a number of state statutes and constitutions which conflicted with the Nineteenth Amendment And they construed the amendment in a variety of cases and essentially what emerged from it was a pretty narrow understanding of it as simply applying to the ballot. There were some state cases, which applied it more broadly but that was not the general consensus. “Constitutional Orphan” sort of refers to that thin understanding. 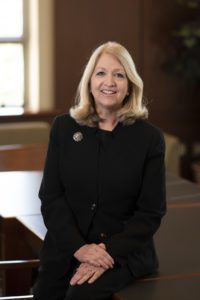 MR: Are there any Maryland cases germane to the Nineteenth Amendment?

Monopoli: There’s a famous case called Leser v. Garnett which was a Maryland case where two women tried to register to vote in Baltimore City. One of them was white and one was black. And there was a judge in Maryland (Leser) who challenged their right to vote on the basis that the Maryland Constitution did not allow women to vote and that the Nineteenth Amendment has not been validly ratified. And that it was an “unconstitutional-constitutional amendment” because it contravened state’s rights. The case went through the state courts in Maryland and the Maryland Court of Appeals said it was validly ratified. It went all the way to the United States Supreme Court and in 1922 it affirmed the Maryland Court of Appeals’ decision. So the main case validating the Nineteenth Amendment was actually a Maryland case.

MR: How does the Nineteenth Amendment apply to voting laws today?

Monopoli: If you are looking at voting in particular we have a big debate going on in this country about state laws that regulate voting and have been characterized as having a voter suppression effect. So, if you are looking at those laws-things like requiring an exact match for an ID to vote or not making early voting readily available or having to pay fees and fines before you vote…there is a lot of evidence that those kind of laws…if you look at those laws today-they have a disproportionate impact on women. Because women have, for example-many more name changes during their lives. So, if you have an exact match (requirement) and you walk in and your ID does not match exactly you might be denied the opportunity to vote. 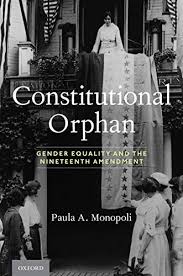 The book can be purchased at Amazon

MR: Why does the concept of requiring voters to show some form of identification at the polls automatically equate with voter suppression?

Monopoli: I would suggest to you that the issue of women in that regard is the question that the courts will have to resolve: Does this have an abridging effect on women in particular and a disproportionate impact on them because they tend to have name changes? And it depends on how the law is crafted. And, so, for example, if it is requiring an exact match, it may be that you have a woman who has been married and who has her maiden name on one piece of identification and goes in to try and vote. We will have to see how the courts decide how particular statutes are written and whether they have this kind of abridging effect.

MR: What are the prospects of the Equal Rights Amendment becoming law in the near future?

Monopoli: There is a big constitutional question which will be decided in the courts. There is a pending case right now about whether those [final states that ratified it] came too late because there was a deadline on the ERA when it came out in the 1970s. The case will be bubbling up through the courts for at least a year or two. And the courts are going to have to decide whether the deadline on the ERA was an essential part of the text of the amendment. So, I think that it is going to be a while before we see any resolution to that question.

MR: How has the perception of women in politics changed from Geraldine Ferraro’s selection as a vice-presidential candidate in 1984 to today?

Monopoli: One of the reasons it took 72 years for women to be included in the Constitution in terms of voting was the idea that those who were part of governing had to be analytical and have a reason.. and so the idea of women’s position in society in 1920 was a lot different than it is today in 2020…So I think that the idea over time-over the last 100 years-that women are equal in terms of their ability to govern-to reason, to fully participate and to lead-has changed dramatically. We have certainly seen progress that way. But the progress has been very slow. Women are essentially only about 25% of Congress. So, I do think that there is still sexism. We see that in elections. We see evidence and research that shows that women are held to different standards. At some point, I think the balance will tip and we will see a woman in the White House. I do not know if it will be this election because I still think that there is a lot of concern among voters [about women candidates for high office].