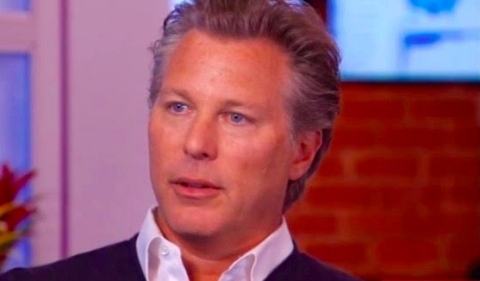 ​NEW YORK–(BUSINESS WIRE)–Maven (OTC: MVEN) announced today the evolution of its leadership and a new round of investment enabling it to accelerate the execution on its strategic initiatives. Ross Levinsohn, the current CEO of Sports Illustrated media, will expand his role and become Maven CEO.

“We are excited about this new chapter in the evolution of the company, our partnerships and the leadership Ross will bring to the company,” said John Fichthorn, Maven’s Executive Chairman.

Levinsohn has been at the intersection of media, finance and technology over the past three decades. He served as interim CEO of Yahoo! after leading the Americas division and Head of Global Media for one of the largest consumer businesses on the Internet. Previously, he served as President of Fox Interactive Media, the digital arm of News Corporation. His experience includes roles at HBO, Tribune, Guggenheim Digital Media, search engine Alta Vista and CBS Sportsline.

“This is a unique opportunity to lead a technology and media company during a dynamic time of change in both spaces,” said Levinsohn. “I’m excited to partner with a powerful array of incredible brands, partners and a world-class team of executives and employees.”

As part of the evolution, Maven Founder James Heckman will transition from his CEO role and will advise Levinsohn on key strategic and business development initiatives. “The vision of this company has reached an inflection point; now empowering professional brands, at major media scale, with world-class digital technology, distribution and monetization,” Heckman said.

“As a large shareholder, we are supportive of the Board’s decision to appoint Ross Levinsohn as CEO of Maven,” added Kevin M. Rendino, Chief Executive Officer of 180 Degree Capital Corp. “We are confident Ross and the entire Maven team will be building bridges to enhance the Sports Illustrated brand as well as continue to invest in supporting other coalition members including History, Maxim, and Biography. Additionally, we believe that Maven’s ability to make Jim Cramer’s wisdom heard by a wider audience provides a great service to the investing public.”

“B. Riley Financial as a significant debt and equity holder is committed to working with new management to take advantage of the vast amount of opportunities in the market to enhance the platform and the company,” added Bryant Riley, Chairman and Co-CEO of B. Riley Financial.

Sports Illustrated is owned by Authentic Brands Group (ABG), a brand development, marketing and entertainment company which owns a global portfolio of media, entertainment, and lifestyle brands. Dan Dienst, ABG’s Executive Vice Chairman, noted, “We congratulate Ross on his expanded role as CEO of Maven and are fully committed to working with him and the entire Sports Illustrated media and Maven team to continue to tell the most compelling stories in sports, drive audience growth, expand into new verticals such as gambling and e-sports and explore other opportunities that leverage the storied portfolio of ABG’s brands.”

The company has grown rapidly in several segments of its business including TheStreet, which has increased its audience and subscription offerings significantly since being acquired last summer. “I’ve known Ross for many years, and couldn’t be more excited to expand our relationship and take this opportunity forward,” said Jim Cramer, Founder of TheStreet and ActionAlertsPLUS.com, his exclusive stock club.

Levinsohn concluded, “We are rolling up our sleeves during this transformative time, with some of the best talent in our industry.”

Maven (maven.io) is a coalition of Mavens, from individual thought leaders to world-leading independent publishers, operating on a shared digital publishing, monetization and distribution platform, unified under a single media brand. A maven is a professional, authentic authority, evangelist and recognized community leader for a specific topic, cause or organization. Based in Seattle, Maven is publicly traded under the ticker symbol MVEN.