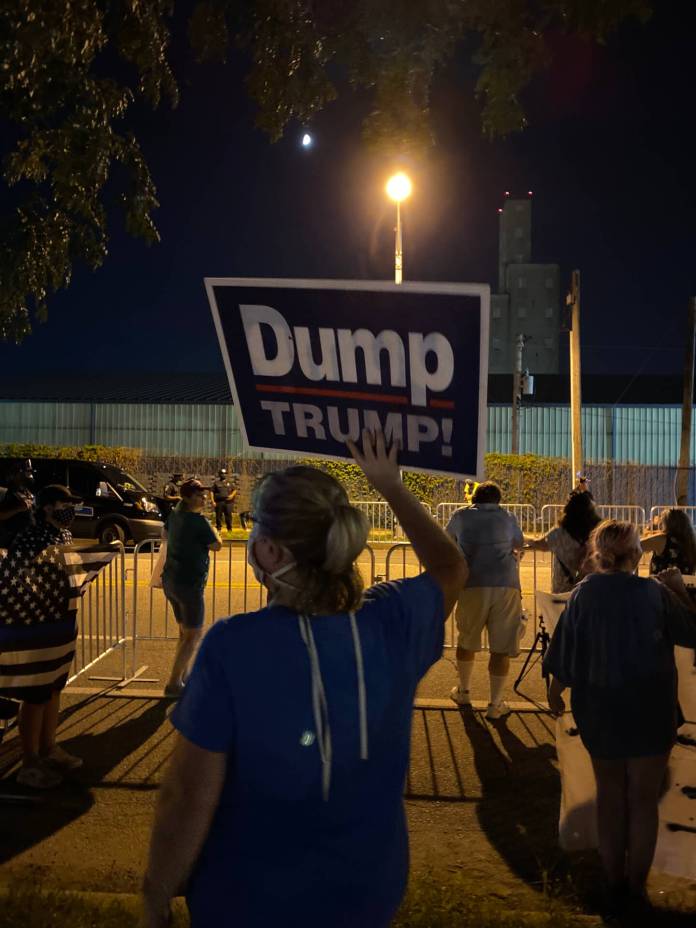 Anti-Trump protesters outside of Fort McHenry in Baltimore on Wednesday night. Photo by Hannah Gaskill

​President Trump won’t get to speak before tens of thousands of cheering, sign-waving supporters on Thursday night, but he will make use of another grand stage when he delivers his acceptance speech — on the final night of the Republican Party’s virtual convention — from the White House.

For Democrats and ethics watchdogs, Trump’s use of federal property and personnel for a political event is another blatant example of the president’s willingness to break laws and shatter norms.

Republicans see it differently. Their view can be summed up in a few words: Get a life. No one cares.

Rep. Jamie Raskin (D-Md.), a constitutional law professor at American University, called the GOP’s use of the executive mansion and other federal property during the course of the convention “a blatant violation of the law.”