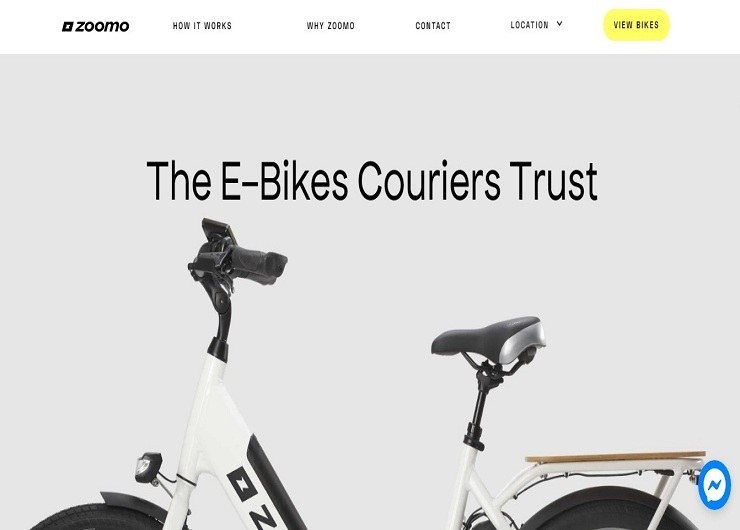 ​NEW YORK–(BUSINESS WIRE)–Bolt Bikes, the mobility startup, today announced it has completed a Series A capital raise of US$11 million to invest in expanding its operations in the United States and move into new categories globally. Along with the capital raise, the Australia-based startup is also announcing a rebrand with a new name, Zoomo, and a new logo.

Zoomo will use the capital to launch a flagship brick-and-mortar operation in Los Angeles and expand its New York footprint to include services across the entire city. The startup is also expanding into new categories, such as parcel, mail and grocery deliveries.

“The US market is critical for Zoomo’s growth, and the investment will allow us to expand our product lineup and physical presence in the country,” said Mina Nada, CEO and Zoomo co-founder. “We’re committed to growing our operations to new American cities and states as quickly as possible.” Zoomo also has operations in the United Kingdom and Australia.

Since its US launch in 2019, Zoomo has grown exponentially and provided sustainable transportation for thousands of American gig workers through partnerships with companies such as Uber Eats, DoorDash and Postmates.

Ido Vigdor, General Partner at Viola Credit, said: “Last-mile delivery has been growing immensely and we believe it will continue to do so. Mina and the team have done an excellent job producing a compelling offering in the market and building strong brand recognition, which is why we at Viola Credit and OneVentures are delighted to join this round and provide the credit funding that will support their effort to scale internationally.”

Zoomo’s e-bikes are an efficient and sustainable delivery vehicle and an affordable alternative for American gig workers and the delivery economy. More than 57 million Americans participate in the gig economy, either through their primary or secondary jobs. But many find the cost of vehicles, including e-bikes, a barrier to enter the market. Zoomo’s business model allows couriers to rent e-bikes weekly or to own them outright.

“Zoomo is differentiated by our vertically integrated approach. We offer smart utility bikes through a physical network of service centers and world-class software for a very affordable price,” said Nada.

E-bikes are also one of the cleanest options for last-mile delivery. Zoomo calculates that it has already enabled its courier customers to make over 2 million deliveries globally, abating the equivalent of almost 3,000 tons of CO2 since 2017.

The lead investor for the Series A is the CEFC, which is responsible for investing $10 billion on behalf of the Australian Government to accelerate Australia’s sustainable transition to lower emissions.

Ian Learmonth, CEFC CEO, said: “Electrifying Australia’s light vehicle fleet is an important step in meeting our emissions reduction target. Critical to this is the development of technologies, systems and policies that enable sustainable urban freight. Zoomo is an exciting Australian company with an innovative business model that can deliver that on a global scale.”

For Mina Nada, e-bikes are the future. “We believe that the bike world is ready for disruption and that in five to ten years, light electric vehicles will be the predominant form of transportation. Zoomo is taking the lead in this transformation.”

The CEFC has a unique role to increase investment in Australia’s transition to lower emissions. With the backing of the Australian Government, we invest to lead the market, operating with commercial rigor to address some of Australia’s toughest emissions challenges – in agriculture, energy generation and storage, infrastructure, property, transport, and waste. We’re also proud to back Australia’s cleantech entrepreneurs through the Clean Energy Innovation Fund, and invest in the development of Australia’s hydrogen potential through the Advancing Hydrogen Fund. With $10 billion to invest on behalf of the Australian Government, we work to deliver a positive return for taxpayers across our portfolio.

About One Ventures and Viola Credit Ventures fund