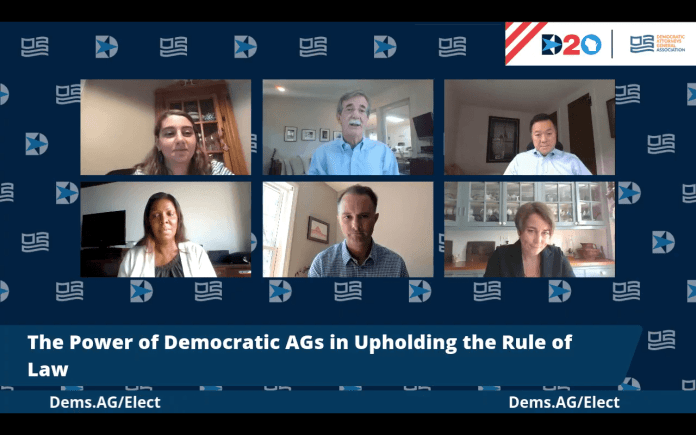 ​A group of Democratic state attorneys general cast themselves on Wednesday as the unsung heroes of their party’s fight against a lawless president intent on eroding civil rights, polluting the environment and — most recently — jeopardizing the health of voters and the sanctity of November’s election.

The AGs, including Maryland’s Brian E. Frosh (D), said if President Trump gets another four years, attacks on every aspect of American life will continue.

Their comments came during an hour-long virtual event, part of this week’s Democratic National Convention, co-hosted by the Democratic Attorneys General Association and the College Democrats of America.