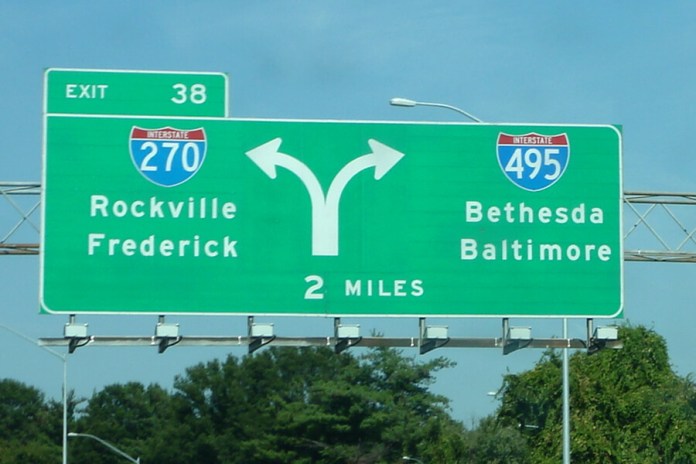 ​Supporters and opponents of the Hogan administration’s plan to widen two highways in the Washington, D.C., suburbs get their first opportunity to formally react to a key environmental report on Tuesday, when the Maryland Department of Transportation holds the first of six public comment sessions.

The report, known as the Draft Environmental Impact Statement (DEIS), is more than 18,000 pages long. Opponents of the highway plan have been combing through the document feverishly since its release on July 10 in preparation for the public hearings, which run through mid-September.

They don’t have a lot of time. MDOT spurned requests from local, state and federal elected officials to extend the public comment period from 90 to 120 days.

“The comment period and the public hearing schedule are ridiculous,” said Montgomery County Council member Tom Hucker (D), a leading critic of the plan. “This is a document that’s 15 times the length of ‘War and Peace.’ And taxpayers would have to read 200 pages a day for 90 days to get through it all.”