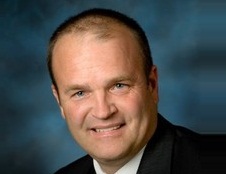 ​WASHINGTON, Pa., Aug. 14, 2020 (GLOBE NEWSWIRE) — CB Financial Services, Inc. (NASDAQGM: CBFV), the holding company of Community Bank and Exchange Underwriters, Inc., a wholly-owned subsidiary of the Bank, today announced that John H. Montgomery has been appointed to serve as President and Chief Executive Officer of the Company and the Bank effective August 31, 2020, succeeding Barron P. McCune, Jr. who has been serving in an interim capacity since early January. Mr. Montgomery will also serve as a Director of the Company and the Bank.

Concurrent with the effectiveness of Mr. Montgomery’s appointment as President and Chief Executive Officer, Mr. McCune will become an Executive Consultant to the Company and the Bank through March 31, 2021 to assist in the leadership transition. Mr. McCune will also become a Director Emeritus of the Bank and will continue to serve as a Director Emeritus of the Company.

Mr. Montgomery is an accomplished bank executive with over 30 years of experience, demonstrating excellence in a variety of challenging roles. After graduation from Juniata College in Huntingdon, Pennsylvania, Mr. Montgomery was training to become a naval aviator in Pensacola, Florida. When his eyesight disqualified him from flight, he then attended Drexel University in Philadelphia, Pennsylvania, where he received his MBA and turned his attention to banking. He started his banking career in Philadelphia and has a wide range of experience with both large and small institutions. Most recently, in 2005, Mr. Montgomery joined Susquehanna Bank and held a variety of executive positions for the next nine years, including President of Susquehanna’s Pennsylvania Division and Senior Credit Risk Officer. In 2014 Mr. Montgomery was recruited by First Bank, a privately held $6 Billion bank located in St. Louis, Missouri.

At First Bank, Mr. Montgomery has acted as Chief Credit Officer and greatly improved the Bank’s credit posture following the Great Recession. He served on the Bank’s Board of Directors and Executive Committee.

Mr. Montgomery was born and raised in the suburbs of Philadelphia and lived for over 20 years in Lancaster, Pennsylvania prior to relocating to Missouri. He and his wife, Cory, are excited at the chance to return to Pennsylvania, where their family resides, and two of their three children are attending Juniata College.

While Mr. Montgomery has enjoyed his time working for First Bank and has great respect for the ownership and leadership team of First Bank, the prospect of assuming the President / CEO role of a strong community bank located in Pennsylvania was overwhelmingly appealing.

Mr. Montgomery, in response to his appointment, said, “I am honored to be selected as Community Bank’s next President and CEO. Community Bank is uniquely positioned for continued success. The Bank’s strength, legacy and brand make Community Bank an integral part of the communities we serve. I look forward to continuing that legacy, deepening those ties and growing the bank.”

For more information about CB Financial Services, Inc. and Community Bank, visit our website at www.communitybank.tv.