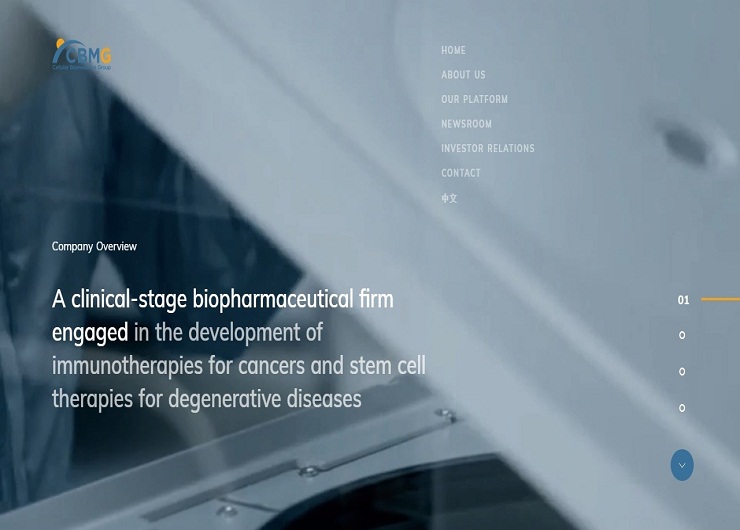 Upon closing of the merger, CBMG will become a wholly owned subsidiary of Parent. CBMG is expected to remain headquartered in Maryland. The merger is subject to approval by CBMG’s stockholders, including a non-waivable condition requiring approval by the holders of a majority of the outstanding shares of CBMG common stock that are not beneficially owned by Parent, the Rollover Stockholders, the Equity Investors or their respective affiliates, as well as regulatory and certain other customary closing conditions. The merger is not subject to a financing condition. The Company will call a meeting of stockholders for the purpose of voting on the adoption of the merger agreement in due course. If completed, the merger will result in the Company becoming a privately held company, and CBMG’s common stock would no longer be listed on the NASDAQ Capital Market.

Cellular Biomedicine Group, Inc. (Nasdaq: CBMG) develops proprietary cell therapies for the treatment of cancer and degenerative diseases. The company conducts immuno-oncology and stem cell clinical trials in China using products from its integrated GMP laboratory. The Company’s GMP facilities in China, consisting of twelve independent cell production lines, are designed and managed according to both China and U.S. GMP standards. Its Shanghai facility includes a “Joint Laboratory of Cell Therapy” with GE Healthcare and a “Joint Cell Therapy Technology Innovation and Application Center” with Thermo Fisher Scientific. These partnerships focus on improving manufacturing processes for cell therapies. CBMG currently has ongoing CAR-T Phase I clinical trials in China. The China NMPA (formerly CFDA) approved the Company’s IND application for a Phase II trial for AlloJoin®, CBMG’s “Off-the-Shelf” allogenic haMPC therapy for the treatment of Knee Osteoarthritis (KOA), and has accepted the Company’s IND application for a Phase II trial for ReJoin® autologous haMPC therapy for the treatment of KOA. The NMPA has also accepted CBMG’s dossier for an IND application for clinical trials of anti-BCMA CAR-T. CBMG is included in the broad-market Russell 3000® Index the small-cap Russell 2000® Index and the Loncar China BioPharma index. To learn more about CBMG, please visit www.cellbiomedgroup.com.