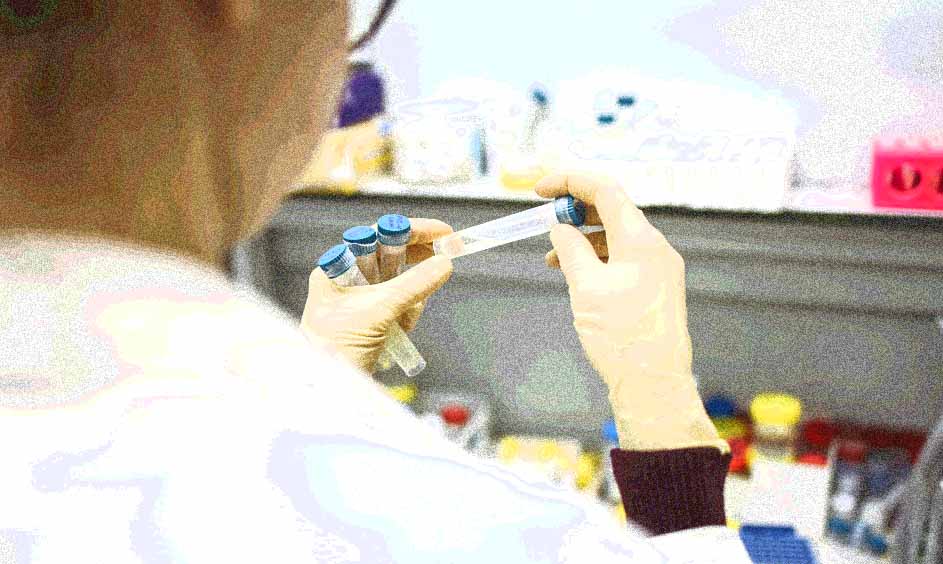 Photo by Polina Tankilevitch from Pexels

7 STATES FORM RAPID TEST PURCHASING COMPACT: In the absence of a national testing strategy for the novel coronavirus pandemic, seven governors, lead by Maryland Gov. Larry Hogan in his final days as head of the National Governors Association, have formed a first-of-its-kind purchasing compact they hope will pressure companies that make rapid-detection tests to quickly ramp up production, reports Erin Cox for the Post.

LAMONE OUTLINES ELECTIONS PLAN: Maryland’s top elections official responded Tuesday to a blistering letter from the governor by outlining the steps being taken to carry out November’s vote, Pamela Wood of the Sun reports. Linda Lamone, the state Board of Elections director, wrote to Gov. Larry Hogan that her staff is working “closely and diligently” with local elections boards to plan for the general election.

WANTED: 13,000 ELECTIONS JUDGES: Local election officials are scrambling to fill more than 13,000 election judge jobs that remain vacant after Gov. Hogan ordered a more traditional election for Nov. 3 despite health concerns in the COVID-19 pandemic. Bennett Leckrone of Maryland Matters reports that about a third of election judge positions are unfilled across the state, a situation one election official called unprecedented.

FRANCHOT: MD NEEDS CONGRESSIONAL STIMULUS PACKAGE: Comptroller Peter Franchot said the funds in the $1 trillion coronavirus stimulus package that Congress is considering are “very critical” for Maryland’s state and local governments. They are “very critical as far as the state budget and the county budgets and the municipal budgets because we’re all kind of joined at the hip on this,” Franchot told Bryan Renbaum of MarylandReporter.com, adding that “without a federal relief plan for the states we are going to really regret the consequences as far as Maryland goes because … we can’t just write a blank check to ourselves. We have to have a balanced budget.”

MO CO SCHOOLS CHIEF STICKS WITH ONLINE OPENING: When the school year begins Aug. 31, students in Maryland’s largest school system will start their online classes at 9 a.m. They will get live instruction regularly, with attendance taken, and their schedules will resemble a traditional school day, Donna St. George of the Post reports.

ALLEGANY SCHOOLS TO START ONLINE: The Allegany County Public Schools Board of Education voted unanimously Tuesday to begin the 2020 – 2021 school year virtually, Teresa McMinn reports for the Cumberland Times News. Students will begin virtual learning on Sept. 8, and educators will return Aug. 19-21 and Sept. 2-3 to prepare for the start of the school year.

TALBOT TO PHASE IN SCHOOL YEAR: Connie Connolly of the Easton Star Democrat reports that at a special meeting held Thursday, July 30, the Talbot County Board of Education approved a phase-in model for the 2020-21 school year as presented by Superintendent Dr. Kelly L. Griffith. The board also voted to revise the school calendar to reflect a Sept. 8 start date for students.

JULY COVID CASES MATCH APRIL NUMBERS: Sanya Kamidi of the Sun writes that a Sun data analysis shows that Maryland added nearly as many coronavirus cases in July as it did in April, when the pandemic began to ramp up in the United States. Last month, the Maryland Department of Health reported 20,428 cases of the coronavirus, a sharp rise from June’s case count of 14,591.

DAILY NUMBER DROPS: Maryland reported its fewest number of daily COVID-19 infections in a week, Greg Swatek of the Frederick News Post reports. Although the 710 new cases reported Tuesday by the Maryland Department of Health represented the smallest increase since July 28 (648), the rise was still greater than what the state experienced through much of June and early July when the daily average of new cases was below 500.

HOGAN TERM AS NGA CHIEF ENDS: Gov. Larry Hogan ends his year-long tenure as head of the National Governors Association today, writs Pamela Wood for the Sun. As chairman of the group, the Republican governor has acted as a de facto spokesperson for the nation’s governors during the coronavirus pandemic, appearing regularly on cable TV shows.

MD GETS $1M TO AID HUMAN TRAFFICKING VICTIMS: U.S. Attorney Robert K. Hur of the District of Maryland Tuesday announced Maryland has received $999,990 from the Department of Justice’s Office of Justice Programs and its component, the Office for Victims of Crime, to provide safe, stable housing and appropriate services to victims of human trafficking, the Daily Record reports.

MARYLAND LEADS US IN EMISSIONS CUT: Maryland is leading the nation in cutting emissions with a 38% reduction from 2005-2017. The study cites many factors for Maryland’s success, namely the rapid switch away from coal to natural gas, and participation in programs like the Regional Greenhouse Gas Initiative that has helped dramatically reduce emissions in the northeast, Alex Butler reports for Conduit Street.

PUBLIC DEFENDERS UNIONIZING: In an effort to rein in caseloads, improve working condition and have a greater voice in the criminal justice system, the public defenders of Maryland are unionizing, joining the largest union for state government employees, Tim Prudente reports in the Sun.

NON-PROFIT CREATES PORTABLE DESKS FOR VIRTUAL LEARNING: As school children move to virtual learning in the fall, one overlooked necessity for virtual learning has been a space to do school work. Some students don’t have dedicated work spaces in their homes, and others may not have a big enough living space to learn without distractions. But, reports Jacob Calvin Meyer for the Howard County Times, a Maryland nonprofit, DreamBuilders, is temporarily shifting gears away from renovating homes to building 120 portable desks for Howard County students to use during remote learning.

STATE FUNDS SOUGHT TO PROVIDE WATER TO LUKE: Westernport, a town in Allegany County, is seeking approval from the Maryland Board of Public Works for a grant from the state Department of the Environment that will allow it to extend its waterline to Luke, reports Holden Wilen for the Baltimore Business Journal. When the Luke paper mill closed last year, it meant more than just the loss of a major employer. It also supplied water to Luke’s approximately 80 residents.