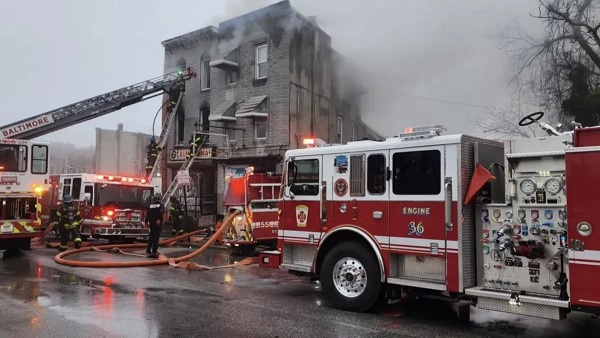 The Baltimore City Fire Department is proposing three different options to recoup its dwindling vehicle fleet of fire trucks but the scenarios as suggested to city leaders, may force the city council to make some hard decisions next budget cycle.

The fire department told city lawmakers last month that it is operating with 30% fewer fire engines than it needs to properly cover Baltimore City and keep residents safe when they call 911.

“We have a total of 17 fire companies that are permanently staffed, we’re down five,” Joshua Fannon, president of the Baltimore Fire Officers Association, told the city council’s Public Safety and Government Operations Committee. “This is not because we don’t have the staffing for it, it’s because we don’t have the physical apparatus for it. And that is an unacceptable situation and puts a lot of our members at risk.”