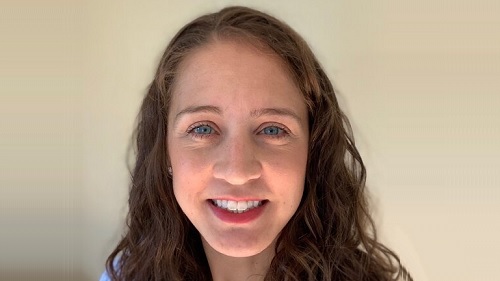 Baltimore Corps’ Board of Directors announced today the promotion of two veteran leaders: Tamara Arnold was promoted to executive director of Baltimore Corps and Sarah Flammang was named Interim President and CEO of City Corps. Both Arnold and Flammang began their new roles on Jan. 18.

The change in leadership marks the first time new leaders are at the helm in Baltimore Corps’ near 10-year history. Founding president and CEO Fagan Harris stepped down from his role to serve as the chief of staff for Gov. Wes Moore.

Launched last year, City Corps is a national platform for Baltimore Corps to share its equitable model for service with other cities across the nation. Birmingham Corps, our first City Corps expansion site, launched on June 13, 2022 in Birmingham, Ala.

“As our national expansion work continues, our organization will need both local and national leadership,” Gallagher said. “This change in structure allows us to maintain an even stronger focus on serving Baltimore City communities through our Baltimore Corps programs as City Corps expands across the country.”

Baltimore Corps (the flagship site of City Corps) has had a succession plan in place since January 2022 that called for elevating internal leaders. After announcing in November his decision to join the Moore-Miller administration, Harris said both Arnold and Flammang quickly emerged as natural successors

“As I pass the torch, the Board and I could not be any more confident in Tamara’s and Sarah’s abilities to continue leading this organization forward,” Harris said. “Tamara has been an invaluable member of our team and has played an instrumental role in the organization’s programmatic success, touching all of our programs and engaging meaningfully with our community and core stakeholders.”

Arnold began her career as an educator and trainer, and is an alumna of AmeriCorps’ Teach for America program. Upon joining Baltimore Corps in 2017 as program manager of the Baltimore Corps Fellowship Program, she led the development of a program curriculum that centered on leadership and community development, collective impact, and race and equity in Baltimore City. In 2019, Arnold was promoted to Director of Programs and most recently served as the organization’s chief of staff. She holds a bachelor of arts degree in History and Women’s Studies from the University of Maryland. In 2020, Arnold completed the American Express Leadership Academy’s Social Impact Leadership program.

Since joining Baltimore Corps in 2015, Flammang has held several roles in her eight-year tenure. In 2019, she was promoted to vice president of Partnerships and Special Initiatives and is the architect of Baltimore Corps’ national expansion. Prior to Baltimore Corps, she led the Alternative Breaks program for the Johns Hopkins Center for Social Concern. Flammang began her career as a geologist and holds a bachelor’s degree in Geoscience from Denison University. In 2014, she earned an MBA from The Johns Hopkins University Carey Business School with a concentration in Entrepreneurship and a focus on Business with Humanity in Mind.

“As the longest tenured member of the team, Sarah has played a foundational role in developing Baltimore Corps’ core business model and is the architect of our national expansion,” Harris said. “As Interim CEO, Sarah will guide the organization’s national efforts while supporting Tamara and the team to advance our work here in Baltimore.”

As executive director of Baltimore Corps, Arnold will oversee the strategic direction and day-to-day leadership of the organization’s programs in Baltimore City. She will partner closely with Flammang, who as interim president and CEO of City Corps, will be responsible for growing and guiding the organization’s national expansion. The board of directors will conduct a national search for the City Corps CEO position in the coming months

Founded in 2013, Baltimore Corps’ mission is to advance social innovation and a citywide agenda for equity and racial justice in Baltimore City. Each year, the nonprofit’s recruiters and placement specialists qualify and prepare over 2,500 adults and youth for full-time (entry-level to executive) opportunities in service, social entrepreneurship, and the broader labor market. Last year, the nonprofit launched City Corps as a national platform for sharing its model for equitable service with other cities across the nation and established Birmingham Corps in Birmingham, Ala., as the first City Corps location. www.baltimorecorps.org.