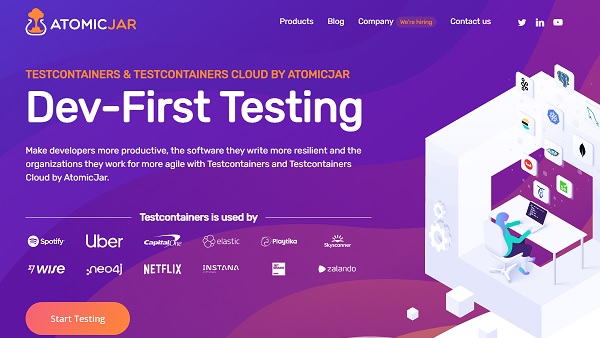 The round was led by Insight Partners with participation from boldstart ventures, Tribe Capital, Chalfen Ventures, Guy Podjarny, Peter McKay, and Irregular Expressions.

Led by CEO Sergei Egorov, AtomicJar aims to simplify integration testing for developers throughout the software development lifecycle. It gives developers methods for testing with containers and anything running inside containers, against the many dependencies code integrates with in production.

The company intends to use the funds to scale its development team, to increase the number and types of databases and languages that the Testcontainers open source libraries support, and to improve the shift-left testing developer experience with Testcontainers Cloud.

Created in 2015, Testcontainers has transformed test-enabled development at leading engineering organizations like DoorDash, Spotify, Uber, Google, Zalando, and many more. In 2022, Testcontainers saw an increase from 50M to 100M in Docker Hub downloads, making it one of the fastest growing open source projects in the testing category. It is currently being downloaded more than 6M times a month.