FITTEDS was founded by Giovanni Brown, a native of Harlem, New York, whose love of hats dates back to as early as he can remember. In the words of Brown, “I didn’t choose fitted hats, fitteds chose me.” 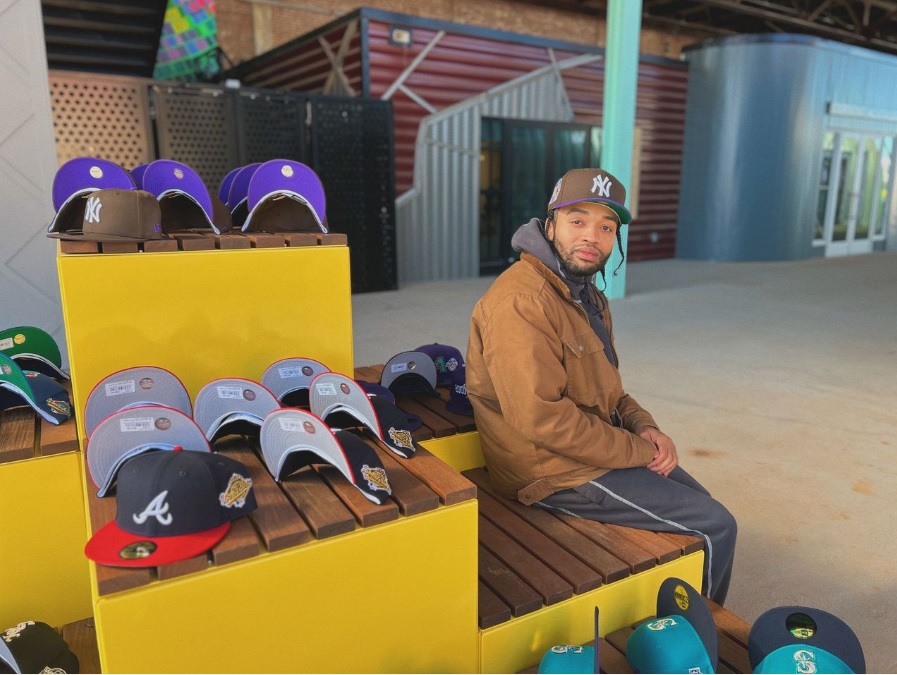 After moving to Charlotte in 2016, Brown noticed that certain fashion items weren’t readily available in the city and region. To bridge that gap, he began selling individual hats via his Instagram, and in 2020 expanded into a brick-and-mortar operation at 621 McNinch St. in Uptown Charlotte.

“I created FITTEDS to cater to a void that previously existed in the market,” said Brown. “Where I’m from, everyone wears fitteds, you can catch someone’s grandma in a fitted, but there was no one in Charlotte serving that audience. Launching the business has been great for me, and for the city’s hat culture that’s been forming here for many years – and I’m proud to say FITTEDS has played a major part in that.”

When he launched, Brown’s clientele was comprised of mostly transplants from northern cities, but the demographics have steadily expanded to include people from Charlotte, across the region and the entire East Coast.

When the 800-square-foot shop at Camp North End opens in March, visitors can expect an elevated aesthetic that showcases inventory with neon lights and includes a basketball hoop. Brown hopes it will serve as a spot for shopping and socializing.

FITTEDS sells custom one-off New Era and Mitchell & Ness hats, including officially licensed products from the MLB, MBA and NFL. The majority of the items are custom designed by the FITTEDS team, which they sell exclusively in-store. Featuring stylish color combinations and side patches, the designs often draw inspiration from regional and historical sporting events, and the retailer has even collaborated with local sports franchises like the Charlotte Knights. FITTEDS signature “Purple Brim” hats are dedicated to Brown’s late Grandmother, who shared the same favorite color as the entrepreneur.

Brown says he’s had his eye on Camp North End from the beginning and decided to move from Uptown when he realized that being located within a Corridor of Opportunity would be advantageous for the “Beyond Open” small business grant that he applied for in 2022. “While the grant was the initial motivation to look for space in the North End corridor, the supportive community I’ve experienced at Camp North End – full of other unique small business owners and creatives – solidified that I made the right choice.”

In addition to being a hat store, Brown describes FITTEDS as a platform, where its products can serve as a promotional tool to showcase the work of other local artists and creatives – growing exposure and traction for their work. Once they are up and running at Camp North End, he plans to host events onsite including pop-ups and collaborations.

“From the beginning we envisioned Camp North End as an opportunity for creative, market-disrupting and community-oriented tenants like FITTEDS,” said Tommy Mann, Development Director of Camp North End. “We are thrilled they chose Camp North End for their new retail location and look forward to Gio’s continued success.”

Developed by ATCO, Camp North End is a state-of-the-art creative development that is being designed and curated to serve the most innovative companies in Charlotte. Select Camp North End buildings, including 701 Keswick Avenue, where Fitteds will be located, are being developed as part of a joint venture by ATCO and Shorenstein. FITTEDS is part of phase II of the development, which includes the adaptive reuse of 701 Keswick Avenue and 201 Camp Road into Class A office and retail.

The shop will be open daily, except Sundays. Additional information on Fitteds can be found on its Instagram.

As one of the largest adaptive reuse projects currently underway in the U.S., the project is transforming a historic 76-acre site where people once manufactured Model T cars and assembled US Army missiles into a catalytic hub of creativity and ideas.

With over 300,000 square feet of space already redeveloped for work, artistic expression, dining and hospitality, entertainment, recreation, and community building, and another 1.5 million square feet on the way, Camp North End’s curated development will drive growth for the businesses that join its community. 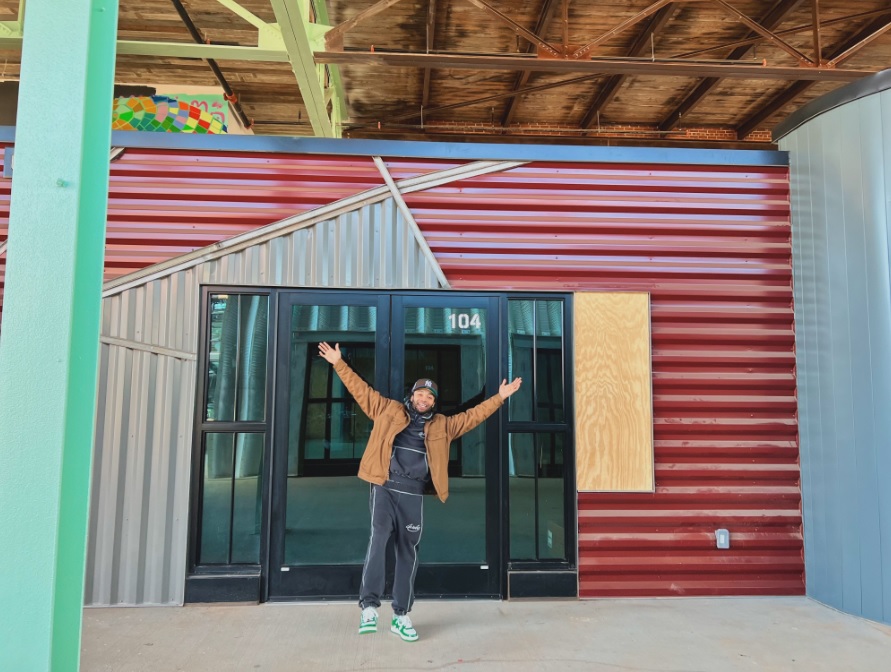 ATCO is a real estate investment and ownership platform deploying capital in select cities across the United States, with a particular emphasis on creating value through placemaking and other strategies in urban locations. ATCO seeks to improve people’s lives by creating places where they genuinely want to work, play, or live, and by doing our work with a long-term perspective.

Founded in 1924, Shorenstein Properties LLC is a privately-owned, real estate firm that owns and operates high-quality office, residential and mixed-use properties across the U.S., with offices in San Francisco and New York. Since 1992, Shorenstein has sponsored twelve closed-end investment funds with total equity commitments of $8.8 billion, of which Shorenstein committed $723.5 million. The firm uses its integrated investment and operating capabilities to take advantage of opportunities that, at the particular time in the investment cycle, offer the most attractive returns. Investments have included ground-up developments, asset repositioning and stabilized assets; investment structures have included asset acquisitions, mezzanine loans, preferred equity investments and structured joint ventures. These funds have invested in properties totaling 67 million square feet in transactions with a gross investment value in excess of $16 billion.