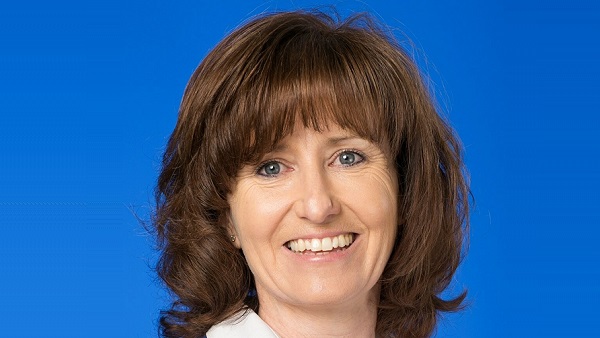 The Stephen & Christine Schwarzman Animal Medical Center Board of Trustees has announced Helen Irving, RN, MBA, as its incoming President and Chief Executive Officer. Ms. Irving joins AMC, the largest non-profit animal hospital in the world, on January 30, 2023, during a pivotal time for the 113-year-old Upper East Side institution. The hospital is currently undergoing a $100 Million expansion and modernization project to accommodate unprecedented demand for its veterinary care.

An accomplished leader and healthcare executive, Helen Irving has devoted her 30-year career to operational excellence in the delivery of healthcare services. As a trained RN with an MBA and over a decade as a healthcare CEO, her wealth of experience and expertise includes hospital operations, clinical care and management, and leadership in healthcare administration.

“Helen is an inspiring leader with deep clinical experience and a proven track record,” said Robert Liberman, Chairman of AMC’s Board of Trustees. “We are confident she will chart a successful course with the opportunities that lie ahead, ensuring AMC remains at the forefront of excellence and ingenuity.”

Prior to joining LiveOnNY, Ms. Irving served as Vice President of Hospital Operations at Mount Sinai Medical Center for five years, where she oversaw a broad range of hospital services. She also has held positions as Transplant Operations Manager at New York-Presbyterian Hospital and Clinical Manager at New York Organ Donor Network. She maintains her nursing license after earlier staff nurse positions at hospitals in the United States, Canada, and the United Kingdom.

Ms. Irving holds an MBA in Healthcare Administration from Fairleigh Dickinson University and serves on the boards of the New York State Hemophilia Consortium, the Medical Advisory Board for NYIT, and until recently, the National Cancer Center.

“Leading the Schwarzman Animal Medical Center is such an exciting opportunity given my deep roots in New York’s healthcare system,” said Ms. Irving. “I am honored to have the opportunity to work with AMC’s world class clinical team in serving the region’s families and their beloved pets and look forward to getting to know everyone in the AMC family, whose dedication to the best veterinary care possible is truly an inspiration.”

“I am so pleased to leave AMC in such wonderful hands,” said Kathryn Coyne, who will retire after a 12-year tenure as AMC’s President and CEO and will join AMC’s Board of Trustees. “I will do everything possible to ensure this transition is a success, and I look forward to continuing to serve AMC on the Board.”

Ms. Irving is a native of London but has called New York home for over 30 years. She is a passionate animal lover with a Welsh terrier and a rescue tabby included in her family.

About the Stephen & Christine Schwarzman Animal Medical CenterThe Stephen & Christine Schwarzman Animal Medical Center is the world’s largest non-profit animal hospital, with 130+ veterinarians providing the highest quality medical care across more than 20 specialties and services, 24 hours a day, 7 days a week. Our mission to provide the best in care, research, and education has been the foundation of our work for over a century. Learn more at: www.amcny.org.