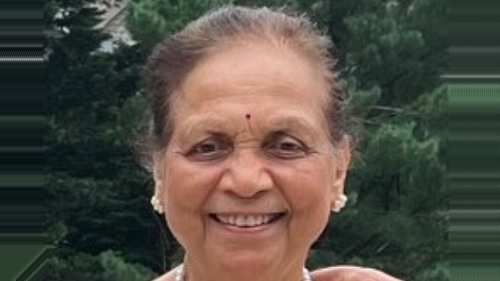 The MPT Foundation, Inc. has announced the appointment of retired physician Dr. Shailaja “Shaila” Didolkar to its volunteer board of directors.

Originally from India, Dr. Didolkar moved to the United States in the early 1970s and enjoyed a career as an obstetrician-gynecologist and medical school assistant professor in the Baltimore area, serving institutions such as Johns Hopkins, University of Maryland, and Union Memorial Hospital.

Dr. Didolkar is a founding member and served on the board of the Greater Baltimore Hindu-Jain Temple. She is also a member of the American Association of Physicians of Indian Origin, an organization for which she served as a team leader for continuing medical education in India.

Shaila and her husband, Dr. Mukund “Mike” Didolkar, raised two children watching MPT shows. The Didolkars have been MPT members for over two decades and have a continuing passion for MPT’s educational mission and its focus on the environment. In 2021, the couple created an endowment at MPT to support early childhood education and environmental programming

Maryland Public Television (MPT) is a statewide, public-supported TV network and Public Broadcasting Service member offering entertaining, educational, and inspiring content delivered by traditional broadcasting and streaming on TVs, computers, and mobile devices. A state agency, it operates under the auspices of the Maryland Public Broadcasting Commission. MPT creates local, regional, and national content and is a frequent winner of regional Emmy® awards. MPT’s commitment to educators, parents, caregivers, and learners of all ages is delivered through instructional events and Thinkport.org. MPT’s year-round community engagement activities connect viewers with resources on a wide range of topics. For more information visit mpt.org.