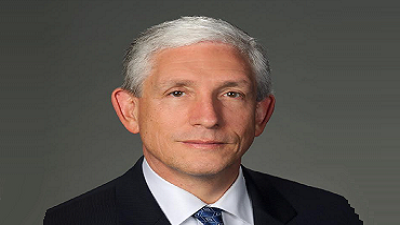 The global law firm Jones Day announced today that David E. Nahmias, the former Chief Justice of the Supreme Court of Georgia, United States Attorney for the Northern District of Georgia, and Deputy Assistant Attorney General for the Criminal Division of the U.S. Department of Justice, will join the Firm as a Partner based in Jones Day’s Atlanta Office. He will lead the Investigations & White Collar Defense Practice in Atlanta while also working with the Firm’s Issues & Appeals Practice.

Mr. Nahmias served as a Justice on Georgia’s highest court for almost 13 years, during which time he wrote more than 470 opinions and joined more than 2,700 others. He was appointed to the Supreme Court by then-Governor Sonny Perdue in 2009, won two statewide non-partisan elections to six-year terms, served as Presiding Justice from 2018-2021, and became Chief Justice in July 2021. He resigned from the Supreme Court effective July 17, 2022. In 2012, then-Justice Nahmias was appointed by the Chief Justice of the U.S. Supreme Court for a six-year term on the U.S. Judicial Conference’s Advisory Committee on Civil Rules.

Prior to his appointment to the state Supreme Court, Mr. Nahmias spent nearly 15 years with the U.S. Department of Justice. He started as an Assistant United States Attorney in Atlanta, handling numerous significant fraud, public corruption, and domestic terrorism cases and trying nine jury trials as lead counsel. After the 9/11 terrorist attacks, Mr. Nahmias served as Counsel to the Assistant Attorney General and then Deputy Assistant Attorney General for the Criminal Division at Main Justice, overseeing the Counterterrorism, Fraud, and Appellate Sections. In 2004, he was nominated by President Bush and unanimously confirmed by the U.S. Senate to serve as the United States Attorney for the Northern District of Georgia, overseeing all of that large district’s criminal and civil cases for almost five years before going on the bench. Mr. Nahmias also served on the Attorney General’s Advisory Committee and chaired the AGAC’s White Collar Crime Subcommittee.

Former Chief Justice Nahmias is widely viewed as one of the most influential justices to serve on our state’s Supreme Court in the last generation, said Al LaFiandra, Partner-in-Charge of Jones Day’s Atlanta Office. He is respected throughout Georgia’s business and legal communities as a lawyer of great integrity and intellect, and he has deep civic connections here in Atlanta. We are delighted that he has joined Jones Day and look forward to working alongside him to serve our clients.

David Nahmias was a highly experienced and nationally known prosecutor who has overseen virtually every type of government investigation and federal prosecution, including major fraud, corruption, and terrorism matters, said Ted Chung, leader of Jones Day’s Investigations & White Collar Defense Practice. The unique perspective he brings from his service as one of the most respected members of the judiciary in the region and as a top-level U.S. enforcement official will be a valuable asset to our clients as we counsel them on legal defense strategies and respond to investigations. We are pleased that he has chosen to join Jones Day and welcome him to the Firm.

Mr. Nahmias joins a team at Jones Day that has helped clients navigate many of the most significant U.S. and cross-border investigations and white-collar criminal defense matters in recent decades. He will work with a global team of experienced lawyers to defend companies, institutions, and individuals against government investigations and to counsel clients in regulatory, litigation, and compliance matters.

Traci Lovitt, leader of the Issues & Appeals Practice, said, The former Chief Justice is a first-rate jurist and attorney, with broad legal knowledge from his time on the bench, as a federal prosecutor, and in private practice. He will complement our already-top-notch ability to develop and execute strategies to solve our clients’ most difficult legal challenges.

I am excited to join Jones Day’s Atlanta office and to work in the Firm’s outstanding investigations and white collar defense practice, while also offering insights from my appellate experience to the Firm’s renowned issues and appeals practice, said Mr. Nahmias. I have long admired the collegiality and attention to client service that is embedded in the Jones Day culture, and I look forward to contributing to the successful representation of prominent businesses, institutions, and individuals in their most critical legal matters.