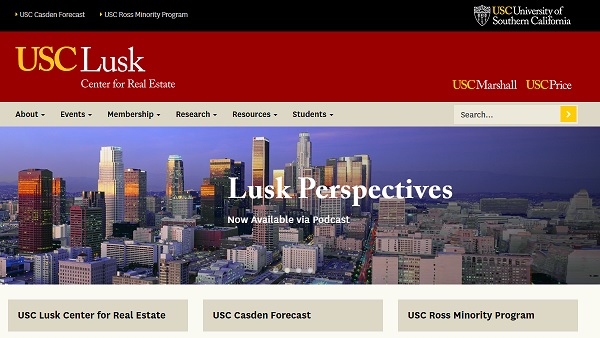 Four years after Los Angeles voters approved Measure JJJ, which mandated a program that incentivizes affordable housing developments near major transit stations, building permits are rising in qualified neighborhoods. According to a study by the Urban Institute and the USC Sol Price School of Public Policy, new research reveals that the program offers more long-term profit potential than market-rate apartments in many neighborhoods.

The program, now known as the Transit-Oriented Communities (TOC) Affordable Housing Incentive Program, encourages affordable housing within a half-mile of major transit stops by allowing additional density in exchange for providing affordable units. As a result, qualifying developments can build more units to replace – or even exceed – revenue lost by reducing rent.

The study, “Los Angeles’ Housing Crisis and Local Planning Responses: An Evaluation of Inclusionary Zoning and the Transit-Oriented Communities Plan as Policy Solutions in Los Angeles,” finds that the program has increased the approval rate of building permits in TOC areas compared to the preceding Density Bonus Program. It also projects that TOC-eligible projects in many neighborhoods will be more profitable than exclusively market-rate developments. The John Randolph Haynes and Dora Haynes Foundation funded the study.

“The TOC program successfully balances financial incentives that attract private construction of affordable units without giving developers a windfall,” said lead author Linna Zhu, now a research associate with the Urban Institute. “While alone it won’t solve the housing crisis in Los Angeles, our study indicates that it is part of the solution and a roadmap for policymakers in other cities facing housing crises.”

To be considered affordable, a household must spend no more than 30 percent of its income on housing. By that standard, Los Angeles has a shortage of 566,000 affordable units. Yet, Los Angeles County permitted only one unit per 3.2 new jobs in 2019, which is 44 percent below the national average of one per every 1.8 jobs.

To measure the TOC program’s effectiveness, a team of five economists created data models and financial simulations, including a series of proforma analyses that forecasted 13 years of cash flow on 20 hypothetical developments located throughout the city. The economists assessed affordable and market-rate developments in TOC zones to determine which type of housing was the better investment.

Though the results varied according to each neighborhood’s real estate market’s strength, the team confirmed that most TOC-eligible projects would be more profitable than 100 percent market-rate developments.

“Our simulations revealed that in many TOC-eligible neighborhoods, the benefit to developers of getting extra density is greater than the cost of keeping some units affordable,” said co-author Richard K. Green. “When developers apply for TOC benefits, most developments are more financially attractive than exclusively market-rate developments.”

This finding did not, however, apply uniformly to all of Los Angeles.

In strong markets like Hollywood and Westwood, the cost savings from using less land per unit for TOC projects drive high profits in exchange for affordable housing.

In weak and moderate-to-weak markets like Boyle Heights, lower land and construction costs combined with TOC incentives result in a higher rate-of-return versus market-rate housing, but the difference is small. However, for the majority of neighborhoods in weak markets, TOC projects are not financially feasible (i.e., they do not meet the hurdle rate of 12 percent IRR).

The exception is moderate-to-strong neighborhoods such as Koreatown and Silverlake, where developers find it more attractive to build 100 percent market-rate projects.

The full study is available at https://www.huduser.gov/portal/periodicals/cityscpe/vol23num1/ch5.pdf.