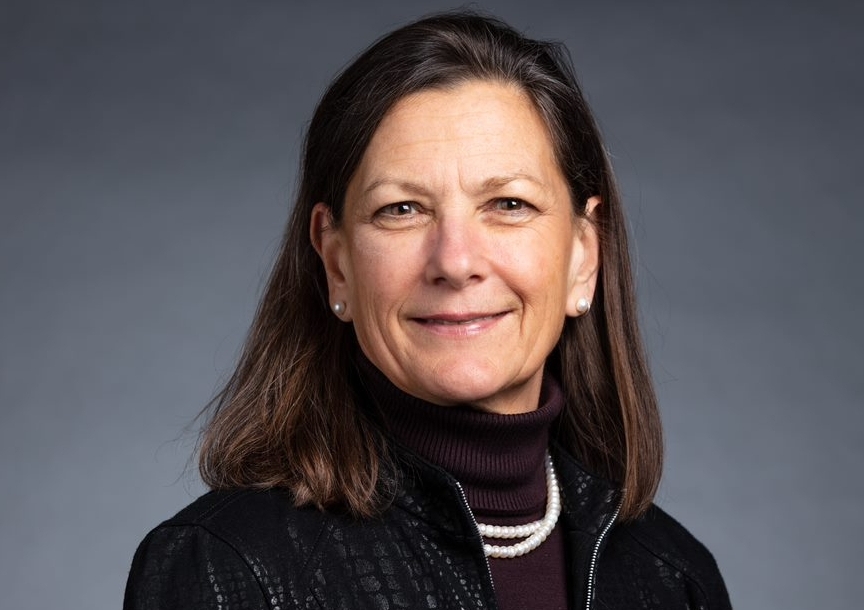 COLUMBUS, Ind.–(BUSINESS WIRE)–Today, Cummins announced that after 39 years with the company, Amy Boerger, Vice President and General Manager – North America On-Highway, will retire at the end of March 2023. With the announcement of her retirement, José Samperio, will assume the role of Executive Director and General Manager – North America On-Highway.

“Amy has focused much of her career on the North America on-highway market, a market that continues to be critical to Cummins’ success,” said Srikanth Padmanabahn, President, Engine Business Segment, Cummins Inc. “During her career, she has left a tremendous impact inside and outside of Cummins and touched countless lives through her leadership and commitment to our values and ability to drive results. She is a trusted partner and advisor and has strengthened many customer relationships that are more important than ever as they look to us for the solutions of today and tomorrow during this period of energy transition.”

Boerger spent her 39 years at Cummins pioneering the advancements of the trucking industry, the business and building strong relationships with stakeholders, elevating Cummins reputation as a company who deeply values its customers and partners. An advocate for supporting others, Boerger was influential in fearlessly opening doors to new opportunities for women and distinguished herself as an effective, successful and high-profile leader in the field in a once predominantly male-dominated industry.

She began her career at the Cummins Engine Plant (CEP) as the first female engineer in product engineering and continued to forge her own path in field sales as one of the first saleswomen and account executives within the company. Boerger focused her energy cultivating customer connections and expanding the business with some of Cummins’ largest OEM customers, before heading up the global retrofit emissions business when Cummins Emissions Solutions launched in 2002. She returned to the on-highway business in 2014 as the Executive Director – North America Engine Business and was shortly appointed an officer of Cummins as Vice President – Sales, with her continued success defining a relationship-driven approach to working with customers.

A champion for the entire industry, Boerger was a finalist for the Women in Trucking Association’s Influential Women in Trucking award in 2014 and has been significantly involved in the American Trucking Association (ATA), including as a member of the executive board and Women in Motion Advisory Board, and the Allied Committee for the Trucking Industry (ACT 1), serving as its vice president in 2018 and the president in 2019 and 2020. She has extensive service with the Trucking Cares Foundation, served on the research advisory committee for the American Transportation Research Institute (ATRI) and the board of directors for the Truckload Carriers Association.

Samperio brings nearly 20 years of Cummins experience across engineering, service, strategy and sales. His Cummins career began at the Jamestown Engine Plant as a product engineer, a service engineer and in distribution service shop operations. Samperio spent time in Beijing, China, as a leader launching new products followed by a role as General Manager for Cummins Power Systems business in Latin America located in Sao Paulo, Brazil. He also served as the Engine Business Strategy Leader where his work has been vital in helping craft the long-term vision for the Cummins powertrain business, with a heavy focus on technology roadmaps.

Over the last two years as the Executive Director – Sales for the On-Highway Business in North and South America, he has collaborated across Cummins to develop deep relationships with dealers, fleets and industry personnel. Samperio has been instrumental in reenergizing Cummins relationships with private truck carriers, forming an excellent customer council and building a cross-functional organization to support the evolving needs of sales operational excellence, as well as alternative fuel and digital strategies.

“It’s never been more important that we have a leader like José with deep experience, talent and passion at the helm of this critical market for Cummins’ success today and in the future,” said Brett Merritt, Vice President – On Highway, Engine Business, Cummins Inc. “His leadership will continue to enable Cummins to win in the North American market by providing the same level of partnership and support our customers expect and need.”

Outside of work Samperio serves on the Board of Directors at the Indiana Sports Corp, the nation’s first sports commission, and the Eiteljorg Museum of American Indians and Western Art. He sits on the Parish Council at Saint Thomas Aquinas Catholic Parish and has supported the Exodus Refugee Center in Indianapolis. He also recently served on the Board of the Butler Tarkington Neighborhood Association, one of the first integrated neighborhoods in Indiana, and is a frequent participant in many Keep Indianapolis Beautiful programs.