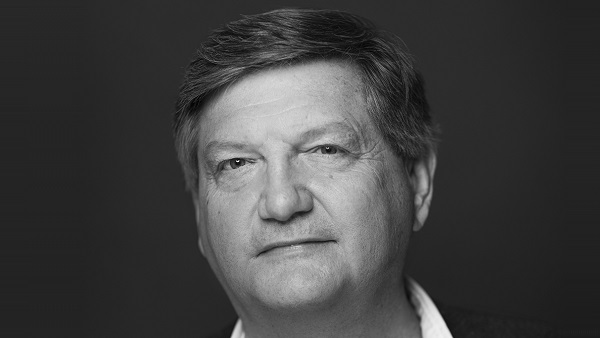 James Risen, a national security reporter for The Intercept and bestselling author, will join the faculty at the University of Maryland’s Philip Merrill College of Journalism in spring 2023, Dean Lucy Dalglish announced Thursday.

Risen’s hiring is a central part of a new press freedom initiative being launched at Merrill College, funded by a nearly $1 million grant from First Look Institute. He will join the college on a three-year appointment as visiting professor on press freedom. He will teach journalism courses related to national security, and global and domestic terrorism.

Risen, who won two Pulitzer Prizes while working as a national security reporter for The New York Times, will lead a series of programs for journalists, lawyers, educators and advocates of a free press, free speech and national security issues.

“I’ve known and admired Jim for more than 20 years, starting in my previous role as executive director at the Reporters Committee for Freedom of the Press,” Dalglish said. “You’ll recall that Jim was himself a target of the U.S. government’s crackdown on journalists and whistleblowers. He waged a seven-year battle, risking jail, after the Bush administration and later the Obama administration sought to force him to testify and reveal his confidential sources in a leak investigation. He never gave in, and the government finally backed down.

“I look forward to Jim’s interactions with our students, who will have the opportunity to learn from a steadfast defender of a free press.”

Risen said, “I am thrilled to be joining the world-class faculty at the University of Maryland’s Philip Merrill College of Journalism. I am especially looking forward to teaching and working with future journalists who will assume the responsibility of questioning, documenting and bringing the important stories of the day to the forefront. After all, it’s the brave journalists who illuminate the truth as we all seek to reaffirm our commitment to a free and open press globally.”

Risen comes to Merrill College from First Look Institute, where he is senior national security correspondent for The Intercept and was director of the institute’s Press Freedom Defense Fund, which provided legal support to journalists, news organizations and whistleblowers who are targeted by powerful figures because they have tried to bring to light information of public interest. One of the most noteworthy recipients of the Press Freedom Defense Fund’s assistance in recent years has been Philippine journalist and Nobel Peace Prize laureate Maria Ressa.

The Press Freedom Defense Fund is now evolving into the new initiative at the University of Maryland, funded by the grant from First Look Institute.

Risen will continue reporting for The Intercept and publishing books. His fifth book, “The Last Honest Man: The CIA, the FBI, the Mafia and the Kennedys-and One Senator’s Fight to Save Democracy,” will be published by Little, Brown and Company on May 9.

Risen has also worked as a reporter at The Journal Gazette (Fort Wayne, Indiana), the Miami Herald, the Detroit Free Press and the Los Angeles Times.

He is the author of five books, the first four being: “Wrath of Angels: The American Abortion War;” “The Main Enemy: The Inside Story of the CIA’s Final Showdown With the KGB;” “State of War: The Secret History of the CIA and the Bush Administration;” and “Pay Any Price: Greed, Power and Endless War.”

Risen is a graduate of Brown University, where he majored in history. He received his master’s degree in journalism from Northwestern University.