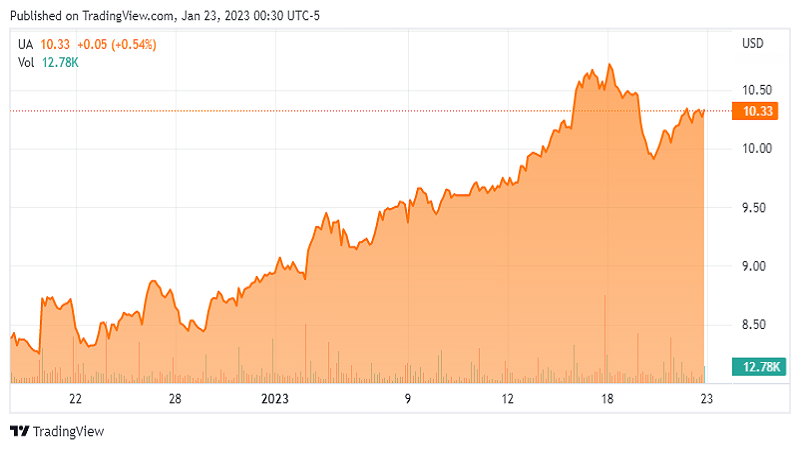 Sometimes I wonder what goes through an elite athletes’ mind when they return to the scene of past glory. Surely when Tiger Woods shows up to Augusta in the spring – it feels different. Right?

While I’ll never win a green jacket playing golf, if they handed them out for Under Armour (NYSE:UA) (NYSE:UAA) stock analysis – I’d have a few.

In August 2016, Under Armour stock was trading around $40 per share when I penned the article titled The Race Under Armour Will Lose. Reading the article back – and the 240+ comments is almost surreal. Credit to the Seeking Alpha editors for allowing me to publish analysis that contained no actual financial data … but did accurately predict why Under Armour’s once high-flying stock would fall off a cliff.

Later in 2016, I highlighted how Under Armour foolishly blew nearly $1 Billion on fitness apps in the article Under Armour’s Billion Dollar Blunder. A few years later the company either sold or shuttered most of its app business units.