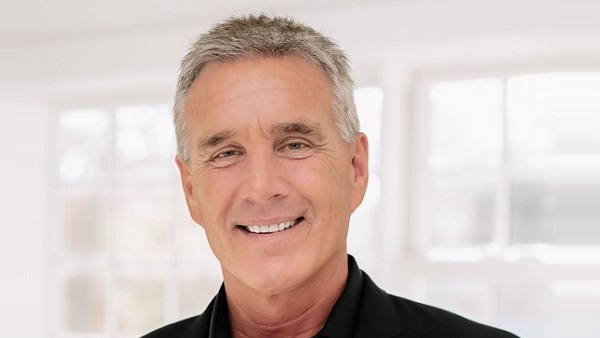 Douglas Elliman Realty, one of the largest independent residential real estate brokerages in the United States, announced today that it has promoted its Senior Executive Regional Manager of Sales for Hamptons and North Fork, Todd Bourgard, to Chief Executive Officer of Long Island, Hamptons and North Fork, effective immediately. In his new role, Mr. Bourgard will oversee operations throughout the entire Long Island region, totaling 36 Elliman offices and over 2,000 real estate agents located throughout Nassau and Suffolk counties, the Hamptons and the North Fork, and Bayside, Queens.

“Stepping into this role is the biggest honor of my career,” said Bourgard. “The experience of working alongside the best managers, agents and staff in the business is so rewarding and a true privilege. I’m inspired every day by the talent in this region, the power of the Douglas Elliman brand, the strength of our operations, technology initiatives and growth efforts, and our incredible executive leadership. I’m thrilled to be a part of it all, and as we join our Hamptons and North Fork operations with greater Long Island, I look forward continuing the legacy of success and market leadership that my friend Ann Conroy and I have worked to establish.”

“Todd has long been an integral member of the Douglas Elliman senior leadership team, spurring our tremendous growth in the Hamptons and on the North Fork, recruiting many new top-performing agents, while retaining the great talent we have attracted over the years,” said Howard M. Lorber, Executive Chairman of Douglas Elliman. “Under his leadership, Elliman has cemented its position as market leader on the East End of Long Island, with record-breaking numbers in closed sales volume and revenue growth for the last several years. He is a highly skilled and valued executive, and we’re thrilled to see him take his talents to the next level with Douglas Elliman.”

Throughout his 25-year career in real estate, Mr. Bourgard has earned a reputation as a diligent and ethical agent and manager with an innate ability to lead, motivate and inspire his team. After obtaining his Real Estate license in 1997, Mr. Bourgard quickly became one of the top realtors in the Hampton Bays area. His tireless, principled approach, coupled with a genuine love for his work, garnered him ‘Top Producer’ status over the next 17 years. Recognizing his talent, tenacity, and knowledge of the community, Douglas Elliman soon appointed him manager of the Hampton Bays office, and within two years, it quickly became the number one real estate office in Hampton Bays and a bustling hub of activity for some of the firm’s top agents.

Following that success, Mr. Bourgard was additionally tasked with managing the larger Westhampton Beach office in 2017 and the Quogue office in 2018, nurturing the growth of the Douglas Elliman brand on the East End along the way. In 2019, Todd was promoted to Senior Executive Manager of Sales for the Hamptons Region, overseeing all eight DE Hamptons offices including Bridgehampton, East Hampton, Hampton Bays, Quogue, Sag Harbor, Southampton, Westhampton and Montauk. In 2022, Elliman’s three North Fork offices: Cutchogue, Mattituck and Greenport, also came under his leadership.

“A hands-on leader with a tireless work ethic, Todd is a consummate professional, a positive force, and a great friend,” said Scott Durkin, Chief Executive Officer of Douglas Elliman. “We are proud to have him at the helm of our brokerage on Long Island, the Hamptons and the North Fork.”

With over 40 years in the residential real estate business, Ms. Conroy has worked diligently as CEO of Douglas Elliman Long to keep all 25 regional offices ahead of the curve and competitive, and the brokerage consistently ranked number one on Long Island by units sold, sales volume and agent count. In her role as Chairwoman, Ms. Conroy will serve in an advisory capacity to Mr. Bourgard as well as continue to mentor Douglas Elliman managers and agents throughout the Long Island region.

“A strong and inspiring leader, Ann has been instrumental in making Douglas Elliman the number one brokerage on Long Island year after year, championing our agents, and elevating our stature in the region,” said Lorber. “Ann is known for her passion for the real estate industry, her love of our agents, her respect for the consumers, and her pride in the Douglas Elliman Brand. We are grateful that she will continue to share her wisdom, passion and friendship in this new advisory role. ”

“It’s been a privilege to serve as CEO of Long Island and I’m enormously proud of our accomplishments as a region,” said Conroy. My happiest hours have been those spent solving problems, sharing ideas with, and working alongside the best and the brightest managers and agents in the industry. In an extremely competitive marketplace, we have created incredible strength, mindshare with the consumer, and grown in leaps and bounds. With great excitement for what’s on the horizon, I trust that Douglas Elliman Long Island is in very capable hands with Todd, who I deeply respect and admire, and I wish him the best of luck on his journey as CEO. A tremendous thank you to Scott Durkin and Howard Lorber for their continued support as I enter this new phase of my career with Elliman.”

Investors and others should note that we may post information about Douglas Elliman Inc. on our website at investors.elliman.com or, if applicable, on our accounts on Facebook, Instagram, LinkedIn, TikTok, Twitter, YouTube or other social media platforms. It is possible that the postings or releases could include information deemed to be material information. Therefore, we encourage investors, the media and others interested in Douglas Elliman to review the information we post on our website at investors.elliman.com and on our social media accounts.