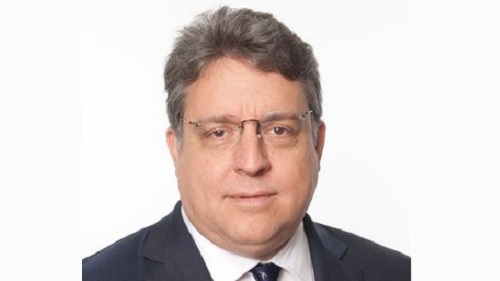 NEW YORK–(BUSINESS WIRE)–Evercore (NYSE: EVR) announced today that it has named Tim LaLonde as its Chief Financial Officer, effective March 6, 2023. Tim LaLonde joined the firm in 2001 and currently serves as Co-Head of the U.S. Advisory business and holds several other global senior leadership roles around the firm. Over the past 22 years, Mr. LaLonde has been an integral part of Evercore’s leadership, driving the firm’s successful growth.

In his new role, Mr. LaLonde will oversee Evercore’s financial, tax, internal audit, investor relations, information technology, and facilities functions and will also continue to serve as a member of Evercore’s Management Committee.

Evercore Chairman and CEO John Weinberg said, “Tim brings deep knowledge of Evercore to the CFO role. He is a highly respected partner and has a superior record of delivering operational excellence. We look forward to his contributions to the firm as Chief Financial Officer and are confident that he will help position the firm for sustainable, long term value creation.”

Tim LaLonde said, “I have been honored to have participated in Evercore’s growth for the past two decades, and I am humbled and energized to be taking on this new role. I look forward to building upon our success and am confident in our ability to create value as we continue to execute on our long-term strategic plan.”

Mr. LaLonde has over 33 years of experience in the investment banking industry and served clients for the first 20 years as an investment banker. He received his B.S.B. from the University of Minnesota; he received a M.Sc. from the London School of Economics and MBA from the Amos Tuck School at Dartmouth College.

Mr. LaLonde will succeed Celeste Mellet, who is leaving Evercore in early February to pursue a different area of finance. Evercore appointed Paul Pensa, its controller, as interim CFO, effective upon Ms. Mellet’s departure, and he will continue in that role until Mr. LaLonde transitions out of his current role and his appointment becomes effective.

Evercore (NYSE: EVR) is a premier global independent investment banking advisory firm. We are dedicated to helping our clients achieve superior results through trusted independent and innovative advice on matters of strategic significance to boards of directors, management teams and shareholders, including mergers and acquisitions, strategic shareholder advisory, restructurings, and capital structure. Evercore also assists clients in raising public and private capital and delivers equity research and equity sales and agency trading execution, in addition to providing wealth and investment management services to high net worth and institutional investors. Founded in 1995, the firm is headquartered in New York and maintains offices and affiliate offices in major financial centers in the Americas, Europe, the Middle East and Asia. For more information, please visit www.evercore.com.